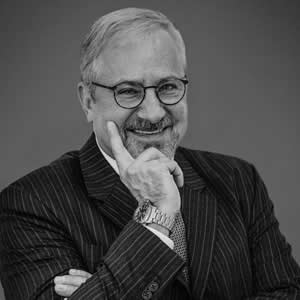 Alessandro Fusillo is an attorney in Italy, Germany and Spain and is fluent in five languages. Due to the socialist indoctrination of European schools and universities he joined Austrian Economics and Libertarian Philosophy only in his mature years. As an attorney specialized in commercial and tax law, he often represents clients against the State and banksters. Faithful to the Jeffersonian principle that when law becomes injustice resistance becomes a duty, he always strives to undermine as much as possible the multiple laws whose only aim is to encroach the freedom.

For a more comprehensive bio on Alessandro, please read the following article:

Alessandro Fusillo is a rare breed; he is an Italian libertarian. I spoke to him recently at the instigation and introduction of a LRC reader for which I am thankful.

By profession a lawyer, in practice and conviction Fusillo is an intellectual scholar and an activist for libertarian causes. He was first influenced by the father of the libertarian movement in Italy, the journalist Leonardo Facco. But being an autodidact with the ability to read quickly and with comprehension, he has absorbed the libertarian literature from Human Action to The Ethics of Liberty to all of Dr. Hoppe's oeuvre and more.

As a lawyer Fusillo only defends individuals. The motto of his law firm is from Jefferson, "When injustice becomes law, resistance becomes a duty." He has been hyperactive during the Covid scamdemic, filing lawsuits, public speaking, and making practical videos explaining to people how to resist the unconstitutional and unjust edicts of the state. He is the president of the Movimento Libertario, a think tank dedicated to libertarian ideas and that also gives the small libertarian community in Italy an associative center. Unfortunately for those of us who do not understand Italian, his online presence is almost all in his native language. But see these exceptions where he exhibits his erudite knowledge; this interview for Planet Lockdown and this talk on law and praxeology. Of note, Fusillo will be speaking at Dr. Hoppe's Property and Freedom Society meeting in Turkey this month.

Fusillo does not participate in the dysfunctional Italian politics. But his life's work is a continual campaign against the Italian fascist mentality residual from Mussolini.  As Mussolini famously put it, "Everything in the State, nothing outside the State, nothing against the State," still exists as a mode of being among some Italians. In this presentation historians discuss "everyday history," an examination of how people adjusted to and lived in the Italian Fascist state. All of us are now experiencing a new version of a corporatist fascist state in Italy, France, and almost every country in the world. Where in our daily lives we are assaulted with green passes and pass sanitaires;  where how we interact with family, friends and colleagues has been deeply affected by the state. Italians in the 20th century had the Duce, America today has the Fauci. I imagine how historians would judge my own behavior during these difficult times.

I asked Fusillo how he fights against this new fascist wave. He noted civil disobedience, which aims to take away the psychological support for the government. To change minds is to win.

We discussed the relatively weak role of libertarianism in Europe. His dream is to create a European Mises Institute. I just might buy into that dream myself. I am sure all readers of LRC will find that Alessandro is a kindred soul and will want to give him the moral support he needs to continue his combat against the new fascism.

The Best of Ira Katz