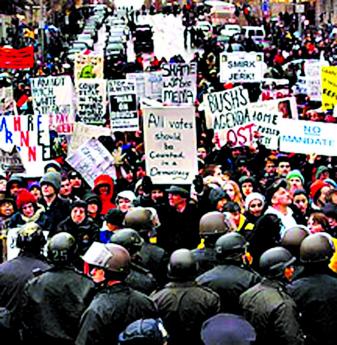 Bush's escalation in Iraq is underway, and the bloodshed continues; dozens of people are killed and hundreds wounded nearly every day. And yet Congress, and its numerous presidential hopefuls, continues to dither on cutting the funding for the wa

1 Comments in Response to March 12 — 19, national protests on 4<sup>th</sup> Anniversary of Iraq invasion/occupation