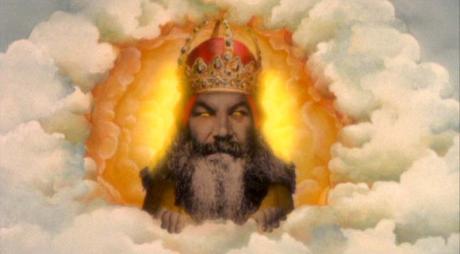 That prompted a reporter to ask about the Exodus, and if the new evidence was linked in any way to the story of Passover. “Really, it’s a myth,” Dr. Hawass said of the story of the Exodus, as he stood at the foot of a wall built during what is called

2 Comments in Response to Did the Red Sea Part? No Evidence, Archaeologists Say

Should Archaeology Make You Doubt the Bible?

Archaeology is of interest today because it is a valuable tool in the investigation of man's past. For example, through it the geography and history of the Bible lands and their peoples are clarified. It relies heavily on the exact sciences and aims to achieve their standard of accuracy. But there is one principal factor working against such achievement—the human factor. Every archaeologist has beliefs, whether he or she be atheist, agnostic, Christian, Jew or Muslim. To what extent will those beliefs or preconceived ideas influence his or her interpretations? Could this hinder their arriving at accurate conclusions?

Archaeological research is a form of detective work. Circumstantial evidence, in the form of artifacts and remains (pottery, fragments, ruins, debris from previous civilizations, skeletons and the like), is dug up. Then the deduction phase begins: What was the original from which the fragment came? Into which time period could its shape, color and composition be fitted? What was its use? What was its place of origin—the location where it was discovered or somewhere else? Did it originate in the soil stratum in which it was found or has it sunk into a lower level with the passing of time due to local conditions? These and many other factors can influence an interpretation. The conclusions are therefore based on circumstantial evidence and a mixture of objective and subjective interpretation.

How right the Hebrew archaeologist Yohanan Aharoni was when he wrote: "When it comes to historical or historio-geographical interpretation, the archaeologist steps out of the realm of the exact sciences, and he must rely upon value judgements and hypotheses [tentative assumptions] to arrive at a comprehensive historical picture."

Take for example the Israelite exodus from Egypt and escape through the Red Sea. The Bible record clearly indicates that the Egyptian chariots and cavalry pursued Israel and got close to them as they reached the Red Sea. How could the Israelites escape with the sea blocking their path? The Bible account answers:

"Moses now stretched his hand out over the sea; and Jehovah began making the sea go back [how?] by a strong east wind all night long and converting the sea basin into dry ground, and the waters were being split apart. At length the sons of Israel went through the midst of the sea on dry land, while the waters were a wall to them on their right hand and on their left."—Exodus 14:21, 22.

Please note the specific details of this account. It speaks not just of a strong wind but of a "strong east wind." The waters were split apart, converting the sea basin into dry ground. This attention to detail bespeaks an eyewitness account, even as does the poetic version of the event in the song of Moses, related in Exodus chapter 15. As Pharaoh's chariots and military forces rushed into the same gap in pursuit of the Israelites, "the surging waters proceeded to cover them; down they went into the depths like a stone."—Exodus 15:5.

The method of parting the waters is confirmed in the song: "And by a breath from your nostrils waters were heaped up; they stood still like a dam of floods; the surging waters were congealed in the heart of the sea."—Exodus 15:8.

Are Christians to believe that major portions of the Bible are just 'literary masterpieces' with no relationship to "factual experience"? Or can they rely on the Bible as the inspired Word of God? Should we be swayed by the conflicting theories of archaeologists and scholars? Or should we accept as reliable the testimony of the Bible writers and Jesus Christ himself?

The apostle Paul wrote to his fellow Christian Timothy: "From infancy you have known the holy writings, which are able to make you wise for salvation through the faith in connection with Christ Jesus. All Scripture is inspired of God and beneficial . . . for setting things straight." Earlier, to the believers in Rome, he stated: "What, then, is the case? If some did not express faith, will their lack of faith perhaps make the faithfulness of God without effect? Never may that happen! But let God be found true, though every man be found a liar."—2 Timothy 3:15, 16; Romans 3:3, 4.

Why, then, do Christians believe the Bible to be inspired? Does their faith depend on archaeological findings? Briefly, the proof for inspiration is found in the Bible itself, not in archaeology. It is one thing to write accurate history; it is another to write accurate history in advance. That is prophecy. The Bible contains hundreds of fulfilled prophecies attesting to its divine authorship. For example, it has been estimated that 332 distinct prophecies of the Hebrew Scriptures were fulfilled in Jesus Christ alone.

Another powerful support of the Bible's authenticity is that its testimony is based on accounts supplied by actual eyewitnesses of the events, often the writer himself. This is the case with the Exodus account written by Moses. Do we have any reason to doubt his honesty as a witness? No, not when we also acknowledge that he was divinely inspired to write. (2 Timothy 3:16) His self-critical candor is also a fine testimony to his reliability. He does not hide the fact that he killed an Egyptian in defense of a fellow Israelite. Nor does he gloss over his lack of humility and his punishment when he called water from the rock. (Exodus 2:11, 12; Numbers 20:9-13; compare the case of David in 2 Samuel 11; Psalm 51.)

Christians are encouraged by the positive evidence unearthed by patient and skilled archaeologists, evidence that often confirms and elucidates the Bible's contents. Facts and artifacts can tell us a lot about the way of life in ancient times. Inscriptions can bring to bear valuable information. Of course, since very few people ever write an unfavorable autobiography, inscriptions have to be analyzed with great care.

So Christians do not expect absolute proof from archaeology for everything stated in the Bible.

A Billion Catholics, Covid Vaccines, And the Duty to Refuse Injection

What Kind Of 4D Chess Is Trump Playing Now?

Vatican to Exorcists: Please Don't Try to Cast COVID Out of People

For United Solutions - United through religious freedom. Finding solutions to protect it.

YOUR 501C3 CHURCH IS GOING ALONG TO GET ALONG-