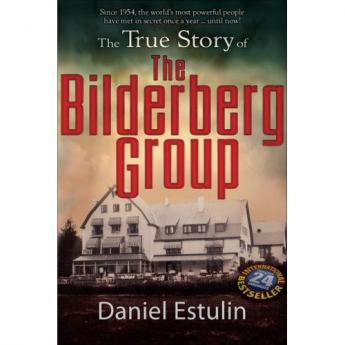 In other words, if you listen to Alex Jones, have an anti-NWO bumper sticker on your vehicle, or wear certain clothing you may be reported to the Virginia State Police as a possible terrorist worthy of “subsequent investigation.”

It goes deeper.  Listen to JFK's last speach and realy think about the words he used.  He tried to espose this all and was killed for it.  Also William Cooper who gave a lecture in 1989 and tole us all that the CIA had planned an attack in NY and to blame it on a man named Binladen.  He was also killed.  Also lisetn to Phil Schneiders lectures.  The Deep Underground Military Bases are very real and are fully functional also.  Now also listen to the Billy Meier info.  They had to leave because their home planet was being attacked both from the Sky and under Ground.  Sounds like Deep Underground Military Bases to me!!  Also check out "Synthetic Telepathy" implants that can monitor your thoughts and even push thoughts into your mind.  Sounds like voices in your head.  Here is the website:  http://morgellonsresearchgroup.com/the-cia-amf-and-nih-implants/

Check this out for yourself and feel free to contact me with questions.  I hope people are waking up.  The Elite and Occultists that control the Secret Intelligence Agencies and Military Industrial Complex are leaving nothing to chance.

Pay close attention to the Billy Meier Meditation Exercise.  This is important and using his method helps to detect if you have an implant.   Remember, there is information in the light and a lack of info in the darkness.  Meditate on the light and see the truth.

Remember that old movie "Colossus?" Look it up. Watch it. Or read the book even.

You know how hard it is to get good news. Lots of news we want to hear about simply eludes us all. And there wouldn't be enough hours in a day to know about it all anyway.

Now, I'm not standing up for the Bilderberg Group in the least, but... think about this. They least of anyone want to destroy the status quo - where they rule. And they are the ones who have ALL the news at their fingertips any time they want. Yet, they are having troubles deciding which way to go.

If they destroy the status quo just to keep their slaves from rebelling, will they be able to maintain control themselves afterwards? If they let things go on as they are now, will the slave rebellion destroy them or not? They can't decide.

Now here's the "funny" part. They want to keep us happy. They don't want weak, miserable slaves... because happy, secure, nonchalant slaves work harder for them. Think of all the toys we have received in exchange for slaving for them - cars, houses, electronics, ATVs, easy money transactions via credit card or check, etc.. (Sure, there is always some trouble, somewhere. But the system works well.)

Might it be that the Bilderberg Group know about a second Colossus? Might it be the second Colossus that is preparing to destroy "their" "system" and take "their" slaves away from them? If there is a Second, and if it does take over, will it be as favorable towards its slaves as the Bilderberg Group has been to us? Think of all the toys we have received in exchange for slaving for them.

There's something rotten in Denmark. Something is fishy about the whole situation. I just hope that things don't get worse for long periods of time after the crash of the Bilderberg Group. (Selfish of me, eh?)

All of them were told to think this way,and all of them did...How strange?

Is such a thing even normal?

What are these Troopers made of?

I think we should tell their mothers on them.

Yes you did, and you linked to the actual Powerpoint presentation that was given by the cop:

It gets really interesting towards the end.

George Orwell's 1984 Has Become a Blueprint for Our Dystopian Reality

The Overlapping Infrastructure of Urban Surveillance, and How to Fix It