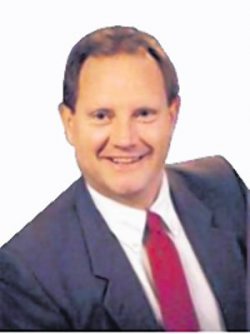 Libertarian activist and radio host Ernest Hancock fired up concern about right-wing extremism around the country last week after he revealed to CNN's Rick Sanchez that he had planned the interview with someone who carried an AR-15 rifle to the protests outside of President Barack Obama's Aug. 17 appearance at the Phoenix Convention Center. At the Tribune's request, Hancock explains his motivations.

6 Comments in Response to Stand up to unchecked political power

Just received this from the editor of the East Valley Tribune:

No threat to the US Constitution itself by enemies foreign or domestic can succeed without the cooperation of treasonous federal officials aiding and abetting them, since only they can manipulate the laws to remove original safeguards, distort, circumvent, or subvert it.

Only they can usurp authority, advance tyranny, weaken our borders, military, and economy, impose financial bondage, institutionalize secular humanism, or legalize socialism, marxism, and fascism. Only they can destroy the principles of freedom our Founders and Patriots have fought or died for. (New laws protecting them are unconstitutional and obstruct justice, since no one, especially domestic enemies of the Constitution, can ever be above the law.)

Is it sedition to speak so boldly? According to the Founders, sedition only occurs when the people rebel against the constitutional government they gave us. Today’s government has eroded far from that.

Is it unpatriotic to speak so? Patriotism is not blind submissiveness to government, nor loyalty to any particular leader or party. Patriotism is vigilance in protecting and preserving the US Constitution from all enemies foreign or domestic who would incrementally pervert or overthrow it, or trample upon the many rights, freedoms and sovereignties of the people.

America has no greater enemy foreign or domestic, nor greater criminal offense, than a federal official, past or present, who (willfully, or through neglect, bribery, or coercion) undermines the Constitution, violates the Founder’s intent, or betrays the public trust.

Here's what I sent the East Valley Tribune:

Dear Sirs,
I write to thank you for printing Ernest Hancock's opinion piece entitled "Stand Up to Unchecked Federal Power" on 8/25. Quite often only one side of a story makes it to the Public Eye, and I was glad to see the basic facts in this instance presented from the source.

Keep up the good work,

How 'bout everybody leaves a positive comment at the end of Ernie's article on the Trib website?

You've got the talent Mr. Hancock to articulate freedoms views very effectively.  Thanks for your part and make it so.

Cuba Demoted To "Not Real Socialism"

The Revival of Stoicism

A Primer for the Propagandized: Fear Is the Mind-Killer

If You Think You Can Just be Silent and Obedient and They Will Leave You Alone...

If Ever There Were a Time for a Stateless Society, This Is it!

Guest Post: The Tyranny of Medical Inventions by Wyotona

On Psychopathy And Power (Publisher Recommended)