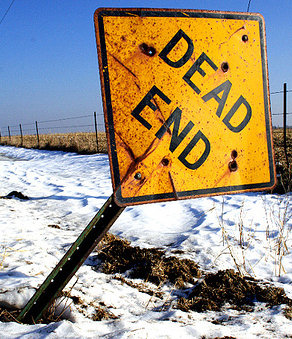 We are being ushered into a one-world currency via the Shock Doctrine technique, which is used to destroy countries for the benefit of a few.

Great video thanks. Why Default on U.S. Treasuries is Likely Jeffrey Rogers Hummel* "Buried within the October 3, 2008 bailout bill was a provision permitting the Fed to pay interest on bank reserves. Within days, the Fed implemented this new power, essentially converting bank reserves into more government debt. Now, any seigniorage that government gains from creating bank reserves will completely vanish or be greatly reduced." Almost everyone is aware that federal government spending in the United States is scheduled to skyrocket, primarily because of Social Security, Medicare, and Medicaid. Recent "stimulus" packages have accelerated the process. Only the naively optimistic actually believe that politicians will fully resolve this looming fiscal crisis with some judicious combination of tax hikes and program cuts. Many predict that, instead, the government will inflate its way out of this future bind, using Federal Reserve monetary expansion to fill the shortfall between outlays and receipts. But I believe, in contrast, that it is far more likely that the United States will be driven to an outright default on Treasury securities, openly reneging on the interest due on its formal debt and probably repudiating part of the principal. To understand why, we must look at U.S. fiscal history. Economists refer to the revenue that government or its central bank generates through monetary expansion as seigniorage. Outside of America's two hyperinflations (during the Revolution and under the Confederacy during the Civil War), seigniorage in this country peaked during World War II, when it covered nearly a quarter of the war's cost and amounted to about 12 percent of Gross Domestic Product (GDP). By the Great Inflation of the 1970s, seigniorage was below two percent of federal expenditures or less than half a percent of GDP.1 This was partly a result of globalization, in which international competition disciplines central banks. And it also was the result of sophisticated financial systems, with fractional reserve banking, in which most of the money that people actually hold is created privately, by banks and other financial institutions, rather than by government. Consider how little of your own cash balances are in the form of government-issued Federal Reserve notes and Treasury coin, rather than in the form of privately created bank deposits and money market funds. Privately created money, even when its quantity expands, provides no income to government. Consequently, seigniorage has become a trivial source of revenue, not just in the United States, but also throughout the developed world. Only in poor countries, such as Zimbabwe, with their primitive financial sectors, does inflation remain lucrative for governments. For more on hyperinflations, bank reserves, and central banks, see Hyperinflation, Money Supply, and Federal Reserve System in the Concise Encylopedia of Economics. The current financial crisis, moreover, has reinforced the trend toward lower seigniorage. Buried within the October 3, 2008 bailout bill, which set up the Troubled Asset Relief Program (TARP), was a provision permitting the Fed to pay interest on bank reserves, something other major central banks were doing already. Within days, the Fed implemented this new power, essentially converting bank reserves into more government debt. Fiat money traditionally pays no interest and, therefore, allows the government to purchase real resources without incurring any future tax liability. Federal Reserve notes will, of course, continue to earn no interest. But now, any seigniorage that government gains from creating bank reserves will completely vanish or be greatly reduced, depending entirely on the differential between market interest rates on the remaining government debt and the interest rate on reserves. The lower is this differential, the less will be the seigniorage. Indeed, this new constraint on seigniorage becomes tighter as people replace the use of currency with bank debit cards and other forms of electronic fund transfers. In light of all these factors, even inflation well into the double digits can do little to alleviate the U.S. government's potential bankruptcy. What about increasing the proceeds from explicit taxes? Examine Graph 1, which depicts both federal outlays and receipts as a percent of GDP from 1940 to 2008. Two things stand out. First is the striking behavior of federal tax revenue since the Korean War. Displaying less volatility than expenditures, it has bumped up against 20 percent of GDP for well over half a century. That is quite an astonishing statistic when you think about all the changes in the tax code over the intervening years. Tax rates go up, tax rates go down, and the total bite out of the economy remains relatively constant. This suggests that 20 percent is some kind of structural-political limit for federal taxes in the United States. It also means that variations in the deficit resulted mainly from changes in spending rather than from changes in taxes. The second fact that stands out in the graph is that federal tax revenue at the height of World War II never quite reached 24 percent of GDP. That represents the all-time high in U.S. history, should even the 20-percent-of-GDP post-war barrier prove breachable.2 to read the rest... http://www.econlib.org/library/Columns/y2009/Hummeltbills.html

General Labor Strike Planned Across US

Inflation Is Starting To Weigh On Consumer Confidence And Spending