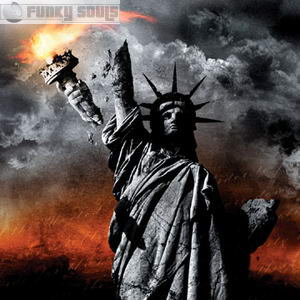 A number of people who heard the speech in a packed hotel ballroom, which was closed to the media, said Mrs. Palin spoke from notes for 90 minutes and that she was articulate, well-prepared and even compelling.

“The speech was wide-ranging, very balanced, and she beat all expectations,” said Doug A. Coulter, head of private equity in the Asia-Pacific region for LGT Capital Partners.

“She didn’t sound at all like a far-right-wing conservative. She seemed to be positioning herself as a libertarian or a small-c conservative,” he said, adding that she mentioned both Ronald Reagan and Margaret Thatcher. “She brought up both those names.”

Mrs. Palin said she was speaking as “someone from Main Street U.S.A.,” and she touched on her concerns about oversized federal bailouts and the unsustainable American government deficit. She did not repeat her attack from last month that the Obama administration’s health care proposals would create a “death panel” that would allow federal bureaucrats to decide who is “worthy of health care.”

Cameron Sinclair, another speaker at the event, said Mrs. Palin emphasized the need for a grassroots rebirth of the Republican Party driven by party leaders outside Washington.

Comments on RPF show a movement divided. This fault-line; the GOP leaning vs. the anti-GOP is becoming more pronounced over time, not less.