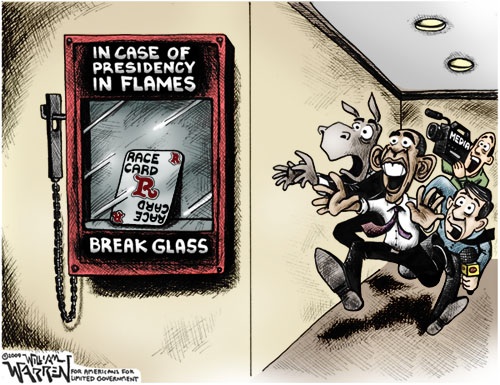 Drudge also has tried to tie President Barack Obama to the dollar’s plunge. “Obama Dollar Retreats Most Against Commodities in Wealth Shift,” noted Drudge’s link to a Bloomberg story Oct. 13. “Obama Under Fire Over Dollar,” he headlined Oct. 7, linking to a story in the Financial Times.
“He’s fixated on it,” said Tom Rosenstiel, director of the Pew Research Center’s Project for Excellence in Journalism. “There’s no question that Drudge can alter what people are paying attention to.”

“I don’t think that anyone who seriously trades currencies reads The Drudge Report before making important buy or sell decisions,” said Chris Roush, a professor of business journalism at the University of North Carolina at Chapel Hill.

But Drudge does have the ability to put news items on the radar screen of major media outlets and political figures in Washington. And other people are paying attention to Drudge, too: A source close to the U.S. national security community said that Drudge’s link to a story in the [London] Independent earlier this month instantly grabbed the attention of senior American officials.

The story raised the prospect that foreign governments were in talks to replace the U.S. dollar as the default currency for oil trading. Any kind of coordinated attack on the value of the dollar could be seen as a national security threat, and defense and intelligence officials were curious about the source of the anti-dollar rumors that day.

On Tuesday, Drudge spotlighted a one-paragraph

1 Comments in Response to Zeroing in on the dollar's decline

Seems to me that one of the biggest reasons for all the financial turmoil and the bailouts is to keep the income taxing system from collapsing, because, as it is being used now, it is partially illegal.

More and more people are finding out everyday, that the word "income" in income tax law, refers only to money earned by government workers. The meaning of the word "income" for those of us who do NOT work for Government, has an entirely different meaning... one that does not include IRS taxation.

One of the major things that Government and the FED are trying to do with financial collapse, is to bring about the need for bailouts. What a bailout amounts to is Government taking ownership of the company that has been bailed out by Government. Once Government takes ownership, all the employees are then working for Government, and the IRS "income" meaning begins to apply to them, whereas it didn't apply before.

Of course, this is all being done in a hush hush way, the same way that Government does a lot of the things that it does.