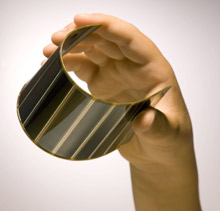 The agreement, valued at $4 million over five years, falls under the MIT Energy Initiative, which Total joined as a member in November 2008. The initiative is designed to help improve energy systems, with collaboration between MIT researchers and a broad range of companies focused on innovation.

The new Total and MIT research project is looking to develop a low-cost, long-life battery that can store power generated by solar panels. It also continues Total’s research and development of alternative energies, which has a focus on developing and deploying solar power.

“Total’s support for research in the storage of solar energy has the potential to be a game-changer,” said Ernest Moniz, director of the MIT Energy Initiative and former undersecretary of the U.S. Department of Energy, in a news release.

Total (NYSE:TOT) is already active in the solar industry, through its interest in two companies, Tenesol and Photovoltech (see Photovoltech to boost capacity to 260MW). Photovoltech makes photovoltaic cells based on a crystalline silicon technology, while Tenesol designs, manufactures, and operates photovoltaic energy systems.