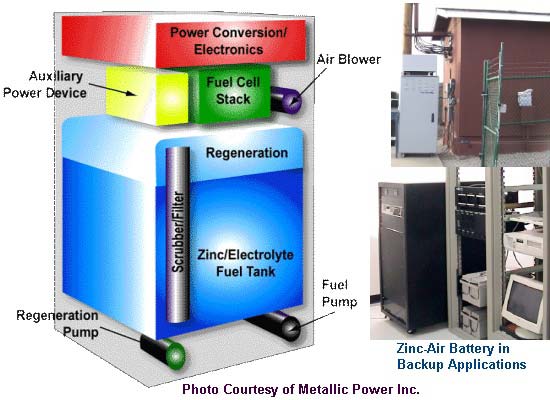 A spinoff from Arizona State University says it can develop a metal-air battery that dramatically outperforms the best lithium-ion batteries on the market, and now it has the funding it needs to prove it.

The U.S. Department of Energy last week awarded a $5.13-million research grant to Scottsdale, AZ-based Fluidic Energy toward development of a metal-air battery that relies on ionic liquids, instead of an aqueous solution, as its electrolyte.

The company aims to build a Metal-Air Ionic Liquid battery that has up to 11 times the energy density of the top lithium-ion technologies for less than one-third the cost. Cody Friesen, a professor of materials science at Arizona State and founder of Fluidic Energy, says the use of ionic liquids overcomes many of the problems that have held back metal-air batteries in the past. "I'm not claiming we have it yet, but if we do succeed, it really does change the way we think about storage," says Friesen, who was named one of Technology Review's top innovators under 35 in 2009.

Metal-air batteries, such as those that use a zincanode, typically rely on water-based electrolytes. Oxygen from ambient air is drawn in through a porous "air" electrode (-cathode) and produces hydroxyl ions on contact with the electrolyte. These ions reach the anode and begin to oxidize the zinc--a reaction that produces current through the release of electrons.

But like any aqueous solution, the water in the electrolyte can evaporate, causing the batteries to prematurely fail. Water also has a relatively low electrochemical window, meaning it will begin to decompose when the cell exceeds 1.23 volts. These were two problems researchers at the U.S. Air Force Academy began tackling about 25 years ago. In the early 1980s they experimented with ionic liquids--salts that are a liquid at room temperature, and which often can remain a liquid in sub-zero temperatures or above the boiling point of water.

"They're wonder fluids. They're remarkable," says John Wilkes, an ionic liquids expert who heads the academy's chemistry department. "If you look at these liquids in a bottle, they look like water, except they're viscous. They're not volatile, they don't evaporate, they're physically stable and they conduct electricity fairly well."