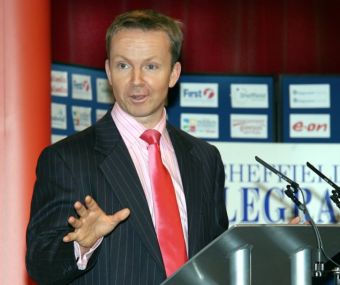 A BBC Weather presenter who was discussed by scientists in the “climategate” emails says he was forwarded the material more than five weeks before it was made public on the internet.

Paul Hudson, a weather presenter and climate correspondent for the BBC, notes on his blog “I was forwarded the chain of e-mails on the 12th October,”.

Hudson says he saw the exact emails that were either hacked or leaked from the Climate Research Unit at East Anglia University placed on the internet last week.

“The e-mails released on the internet as a result of CRU being hacked into are identical to the ones I was forwarded and read at the time and so, as far as l can see, they are authentic.” Hudson notes.

A BBC Weather presenter who was discussed by scientists in the “climategate” emails says he was forwarded the material more than five weeks before it was made public on the internet.

Lift up a rock and another snake comes slithering out from the ongoing University of East Anglia Climate Research Unit (CRU) scandal, now riding as “Climategate”.

A prominent German scientist who was attacked in the leaked CRU emails by UN affiliated climate scientists has stated that the group should be barred from taking part in the peer-review process and excluded from the International Panel on Climate Change.

Although the majority of the attention around ClimateGate has focused on emails exchanged between CRU scientists, the real smoking gun proving deception and fraud can be found in the code of climate models which prove that temperature numbers were “artificially adjusted” to hide the decline in global warming since the 1960’s.

Today, on behalf of the Competitive Enterprise Institute, I filed three Notices of Intent to File Suit against NASA and its Goddard Institute for Space Studies (GISS), for those bodies’ refusal – for nearly three years – to provide documents requested under the Freedom of Information Act.

20 Comments Climate Alarmists Finally Admit The Debate Is Not Over

Top climate alarmists have conceded that the climategate scandal represents a huge blow to the global warming movement and that the debate is not over, and yet establishment media organs are still invoking South Park’s Officer Barbrady in downplaying the story despite the fact that it clearly illustrates how evidence which directly disproves global warming is being censored by agenda-driven scientists.

I love it when the truth comes out! Heads will roll! To all the people involved in this scam , you can run but you can't hide.