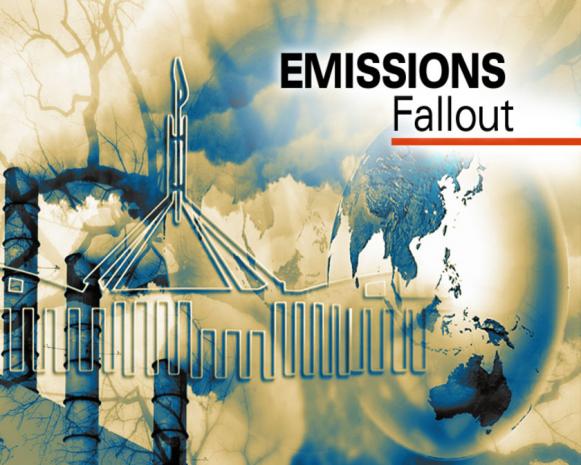 MALCOLM Turnbull's hopes of fighting off a Liberal rebellion over climate change to hold on to the Opposition leadership have been shattered by a poll showing a whopping 60 per cent of Australians are against Kevin Rudd rushing the Emissions Trading Scheme through parliament.

Despite Mr Turnbull insisting the ETS must be passed now - ahead of the UN's Copenhagen summit - the poll overwhelmingly backs his opponents - with 81 per cent of Coalition supporters wanting the vote delayed.

Incredibly, nine out of 10 Coalition supporters - and three out of four Labor voters - say they don't understand the ETS and want the Government to explain it better.

The Galaxy poll, conducted exclusively for The Sunday Telegraph on Friday night, shows a huge 80 per cent of voters do not believe the Government has provided sufficient details about an ETS with only 26 per cent now supporting the Turnbull-Rudd push for the Senate to pass it into law immediately.

Fewer than one in five Australians believe the Government has provided sufficient information about the ETS.

Even 73 per cent of Labor voters are in the dark over the ETS.

Mr Turnbull will face a leadership challenge on Tuesday from Tony Abbott. But frantic efforts will be made by Liberal MPs over the next 48 hours to convince their preferred candidate, Joe Hockey, to stand. Mr Hockey, who is torn between his commitment to his young family and the need to take on the top job, will be buoyed by the Galaxy poll which shows he is neck- and-neck in voter support with Mr Turnbull, with both on 29 per cent. Mr Abbott is not far behind on 22 per cent.

Among Coalition supporters though, Mr Hockey is the clear favourite preferred by 39 per cent, with Mr Turnbull on 25 per cent running third behind Mr Abbott on 26 per cent.

Mr Hockey has previously said he will not challenge Mr Turnbull out of loyalty, friendship and the fact both belong to the party's moderate wing.

A confident Mr Turnbull yesterday re-affirmed to The Sunday Telegraph that he'd have to be blasted out of the leadership.

Asked if he would be a candidate, Mr Turnbull replied: "Absolutely. I've said it a thousand times. I'll stand."

He Sued Chevron and Won. Now He's Under House Arrest.

Exposing the fraud that is Impossible Foods

Satellite operator Viasat is calling for a stop to all SpaceX Starlink launches...