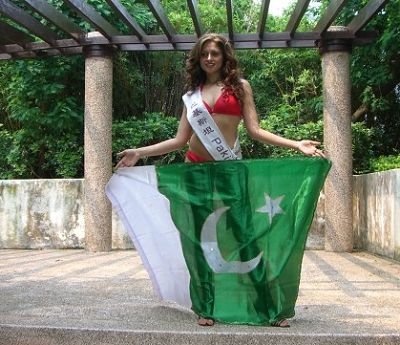 THE political crisis in Pakistan has deepened after the Government's anti-corruption agency sought a warrant for the arrest of the country's Interior Minister.

Officials from the National Accountability Bureau asked for permission to arrest Rehman Malik, the minister in charge of law and order and the war on terrorism.

The move followed a supreme court ruling last week that overturned an amnesty introduced by General Pervez Musharraf, the former president, to enable the late former prime minister Benazir Bhutto and her senior aides to return from exile in 2007.

Under the deal, more than 8000 cases, including corruption, were dropped.

A number of other leaders of the ruling Pakistan Peoples Party (PPP) were also summoned to appear before the courts over long-standing corruption charges.

The latest blow for the Government came on Friday, shortly after the Defence Minister was stopped from leaving the country for an official visit to China.

The supreme court also urged the Government to invite the Swiss Government to reopen money laundering cases against Asif Ali Zardari, the President.

The scale of the crisis and the speed with which it has unfolded has prompted supporters of Mr Zardari to question the role of the judiciary and speculate on whether the army is behind the legal challenge to the Government. Some even spoke of a ''creeping coup'' unfolding.

''It's complete [judicial] control now,'' said Asma Jahangir, chairman of the Human Rights Commission of Pakistan. ''The issue is whether the [democratic] system is going to pack up again.''

The National Accountability Bureau, the official anti-corruption watchdog, applied for an arrest warrant for Mr Malik on corruption allegations going back over a decade.

The court summoned Mr Malik to appear next month, after his lawyer gave an assurance the Interior Minister would attend the hearing.

Mr Malik had three cases dropped under the amnesty. One of the allegations involved the ''embezzlement'' of $US165,000.

On Thursday, Ahmed Mukhtar, the Defence Minister, was physically prevented from boarding a flight for an official visit to China.

The two ministers are key Western allies for Pakistan's role in the fight against al-Qaeda.

Mr Malik, Mr Mukhtar and Mr Zardari were all said to be beneficiaries of the rules that led to the wiping away of thousands of corruption charges.

Mr Mukhtar, however, claims that his name was mistakenly put on the list of beneficiaries.

PPP leaders suspect the judiciary has collaborated with the military in a move to oust Mr Zardari, who is unpopular among Pakistan's establishment. The army has repeatedly denied it has any intention to interfere in politics.

Pakistan in crisis?  How's that possible?  I thought the US was in there taking care of things and making sure that there was no more crisis.  Well, maybe, we should send in more drones and kill more wedding parties so as to appease them and have that everything go back to normal.

You Go First: The Peace Amendment