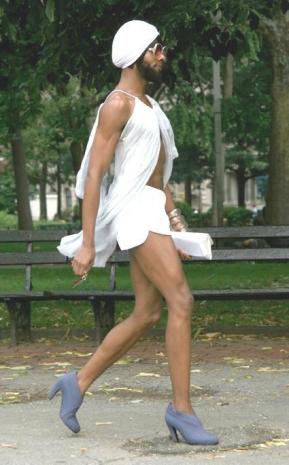 You may not have noticed, because most of the plots were foiled, but 2009 saw an unprecedented surge in terrorism events on U.S. soil. When analysts tally these events, they refer to anything from a disrupted plot to U.S. citizens traveling abroad to seek terrorism training or a lone gunman running amok in the U.S. And by the calculations of Rand Corp. expert Brian Jenkins, more terrorist threats were uncovered in the U.S. in 2009 than in any year since 2001.

"There appears to be an increase in [terrorist] activity in the U.S.," warns Jenkins, who calculates that there have been 32 terrorism-related events on these shores since 9/11 and that 12 of them occurred in 2009. (See the top 10 inept terrorist plots.)

Some of the more noteworthy events of 2009:

• In January, Bryant Neal Vinas, a Long Island, New York, convert to Islam, pleaded guilty to helping al-Qaeda in a plot to blow up a train in Penn Station.

• In late 2008, Shirwa Ahmed, a Somali-American college student from Minneapolis, became the first American suicide bomber on record when he killed 29 people in an attack in Somalia. Earlier in the year, the FBI revealed that at least 20 Somali-Americans from the Minneapolis area had traveled to Somalia to join al-Shabab, a radical militia tied to al-Qaeda. Five Somali-Americans are believed to have died in fighting there this year, and Somali officials say at least one more unnamed U.S. citizen has become a suicide bomber for al-Shabab. (See pictures of a jihadist's journey.)

• In June, Abdulhakim Muhammad, an Arkansas convert to Islam, was accused of killing one soldier and wounding another in an attack at a military-recruitment center in Little Rock.

• In September, Michael Finton, an Illinois man who converted to Islam in prison, was accused of trying to blow up a federal building in Springfield.

• In October, Chicago businessman David Coleman Headley was arrested for allegedly plotting a terrorist attack on a Danish newspaper that had published controversial cartoons mocking the Prophet Muhammad. (Tahawwur Rana, a Pakistani-Canadian resident of Chicago was also arrested in connection with the same plot.) Headley was later additionally charged with abetting the Mumbai terrorist attack of November 2008. (Read "The Chicago Suspect: Are Pakistani Jihadis Going Global?")

• In November, Major Nidal Malik Hasan, the son of Palestinian immigrants, who had grown up in the U.S., was accused of going on a shooting spree at Fort Hood, Texas, killing 13 and wounding 30. (Read "The FBI Probe: What Went Wrong at Fort Hood?")

• Also in November, eight Somali-American men from Minnesota were charged with terrorism-related counts involving al-Shabab. Six other had been charged previously. Most of the men were charged in absentia because they remain in Somalia, along with dozens of Somali Americans who are believed to have joined the al-Qaeda-linked militia.

• And earlier this month, five men from the Washington area were detained in Pakistan, where local officials say they had been trying to join the fight against U.S. forces in Afghanistan. Ramy Zamzam, said to be the leader of the group, is a Howard University dental student; two others are sons of businessmen.

• Some other cases involve legal residents who are not U.S. citizens, like Najibullah Zazi, the Afghan suspect arrested in Denver and charged with a plot to bomb targets in New York City, and Jordanian Hosam Smadi, arrested in Dallas and accused of trying blow up a skyscraper. (Read "Three Key Questions About Zazi and Terrorism.")

2 Comments in Response to Time: Domestic-Terrorism Incidents Hit a Peak in 2009

That's it.  Let's make sure that fear-mongering stays alive and well. Y'all go on doing the dirty job of the elite, less for them to do and when you're done, make sure and lower your pants and bend over.  Oh, and don't forget the jar of Vaseline!

Pretty lame. Some of those "domestic" terrorist incidents occurred in other countries (though they happened to involve American residents), and then you get a big, long, list of "accused of", "charged with", etc. -- not "convicted of", which would at least give SOME credibility to the claim that someone committed a terrorist act.

But even that would leave lots of doubt. The article notes that many of the accused were young and impressionable on 9/11 -- which suggests they might still be rather impressionable in 2009. Given the standard procedure of prosecutors threatening horrendous punishment if an accused bothers to defend himself, thereby getting lots of false confessions, convictions don't mean much, either.

I can't help but suspect that most or all of the incidents mentioned here were either spurred on by Fed agents provocateur or downright false flag operations blamed on convenient patsies.

Did the US government blow up Nord Stream gas pipeline? Who else gained from its destruction?

It's More Dangerous Than You Think