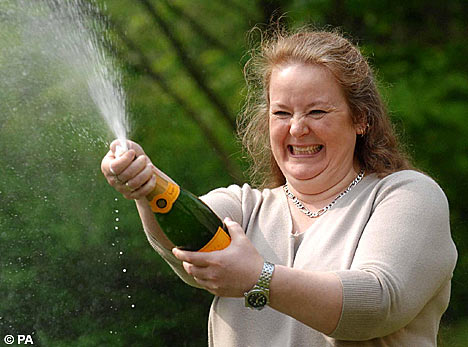 The number of Iraqi civilians killed in violence fell by half in 2009 to about 4,500 but improvements in security have slowed and large-scale attacks took a major toll last year, a study has found.

Seriously. You know I woke up early this morning with like 50% of a New Year's resolution to be more up beat and positive for a change. And this is what we have for good news? Only 4500.

You know, this whole Native American spiritual trip I'm on, it actually used to make me feel like there were answers. Not like everything was perfect, far from it, but at least things made sense to me. And the whole path is supposed to make MORE sense as you went along and completed the ceremonies. Your whole life is supposed to be about acheiveing more understanding and eventually you gain peace in your heart. Well that whole thing has pretty much gone boink for me. I don't want to be over-dramatic about it for once (I like telling stories and a bit of drama always helps a good story) and say that life looks utterly black to me, it don't, but things just don't seem to make sense anymore. Where I used to see a well ordered universe, things just seem increasingly random to me.

Here's the catch. We are supposed to be Oyasin. We are supposed to be Wakan Tunkas, sacred beings and we are all participating in the sacred hoop of life. Created by a holy God to be holy in and of ourselves and in each other. And we're put on a holy planet and I think we can still agree that it's a very pretty planet at least visually and we get all these cool animals to hang out with and nice things like oxygen to breathe, basically this should be kickass. We get all these nice, tastey things to eat like corn and potatoes and carrots and salad, this place should basically rock.

And for another thing, as humans, we are second only to God himself. We have power unlike any other order of being because we can effect change. The animals pretty much have to take life as it comes. Not us. If we don't like the way things are, we have the power to make it completely different, just look what they did in Dubai. Not that I think it was the most rational decision to make Disneyland in the desert, but it sure does demonstrate the potential don't it? Serious, if I was consulted on that deal I might have recommended South Dakota but whatever floats your boat right?

What is wrong with us? Something is just not right. Unless human life is meaningless and 4,500 are not just acceptable losses, they aren't losses at all. All the crying of the children don't mean squat. It's just another day in a cold and uncaring universe. And there is no God that looks down upon us and knows the number of hairs on our heads.

Well if this is the case, given as we seem to be masters of our own little universes, and since we have God-like powers to both create and destroy, let's invent a new God that won't just skip out for beer during commercials or leave us unattended in the playground. In other words, I am beginning to suspect if we want to feel the loving kindness and protection of God, we're gonna have to do it for ourselves.

And I know this might sound like heresy or that I am mocking God, but I wouldn't dare. I love God. Just maybe I'm finally getting the idea that he's not here to solve all our problems. Every generation going back to biblical times and possibly before has been calling on God for "help, help us Holy One, be with us now in our times of trial" but when since biblical times has God every done doodley about it?

Maybe God, like so many of us, has an enlarged prostate and he spends much time in the bathroom. Maybe he is just getting old. Maybe he is prepared to retire and would prefer that somebody else be God for a change. In which case I have some good news for a change because IMO, you guys fit that bill perfectly. Ed, Renee, Janet, Ernie, Jet, Powell, John, Jean, Buck, our newcommer Treg who somehow is not a newcommer atall, we all know Treg, all the other names I have left out, you guys are already Gods to me, you demonstrate the love and compassion and authority I associate with Wakantu, with holiness of heart, and I know that each and every day, without fail, you are doing your dead level best to take responsibilty and just "fix it". And if not for this powerful and visible manifestation of goodness, I'd have probably thrown myself off a cliff by now because as visually cool as this planet is, it just wouldn't be good enough for me if it didn't have a groovy vibe. Call me picky but good enough has never been good enough for me. Eh, that's not exactly accurate, I pretty much like to take things how they come but good enough has never been good enough for you in my mind. For humans, I will accept perfection most days but I'd still like it a bit better than perfect for you.

So no, 4,500 is not acceptable losses to me. Unless we loved them to death.

Why is it that evil is free? We are the freedom movement and we must admit that evil seems to be truly free to express itself. How come we don't have to pay to have somebody beat us up? Why does the mechanic charge us to work on a car yet the thug will expend twice as much money handing us our ass for free?

Why do patriots attempt to understand the infinite universe in terms of economics? Descartes said God was a mathematician but I happen to know that Descartes was only capable of understanding God in terms of math. It's the old "5 blind men and the elephant" story.

That would be the equivalent of saying only 50,000 Americans were killed this year under the oppression of the United Muslims of Africa.  How would we feel about the endless deaths and endless incompetent occupation?  I am sure we would be grateful for the new found freedoms bestowed upon us by the UMA.