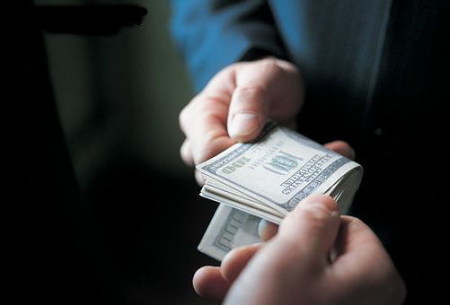 JACKSON, Miss. – Bobby DeLaughter, a former Mississippi prosecutor and judge whose legal conquests became the subject of books and a movie, reported to federal prison Monday for lying to the FBI in a judicial bribery investigation.
The next chapter of DeLaughter's life, as inmate No. 12930-042, marks a long fall from the height of his legal career in 1994 when he was a prosecutor who helped convict a civil rights-era assassin for the 30-year-old murder of NAACP leader Medgar Evers.
The 55-year-old DeLaughter (deh-LAW'-ter) reported to a federal prison camp in Pine Knot, Ky., before his 2 p.m. deadline, said Federal Bureau of Prisons spokeswoman Felicia Ponce.
The prison has a medium-security facility and minimum-security camp, though Ponce said she did not know how DeLaughter would be classified. All inmates in the federal system must work if they are physically able, with jobs ranging from cooks to groundskeepers, she said.
Prisoners make from 12 cents to 40 cents an hour depending on the job and their experience.
DeLaughter was sentenced to 18 months in November after pleading guilty to lying about secret conversations he had with a lawyer while presiding over a dispute between wealthy attorneys over legal fees. As part of a plea deal, prosecutors dropped conspiracy and mail fraud charges.
DeLaughter made a name for himself as an assistant district attorney when he helped put away Byron de la Beckwith for Evers' 1963 murder. The case was the basis for the 1996 movie "Ghosts of Mississippi," with Alec Baldwin playing DeLaughter.
DeLaughter also wrote a book about the prosecution, "Never Too Late: A Prosecutor's Story of Justice in the Medgar Evers Case."
That acclaim helped DeLaughter get appointed to a vacant seat on the bench in 2002. He was later elected to the position.
His storied career ended with the same bribery scandal that toppled Richard "Dickie" Scruggs, chief architect of the multibillion-dollar tobacco litigation of the 1990s — which was depicted in the movie "The Insider," starring Al Pacino and Russell Crowe.
DeLaughter was presiding over a lawsuit in which a lawyer sued Scruggs for a bigger cut of millions in legal fees from asbestos litigation. Prosecutors said DeLaughter ruled in Scruggs' favor in exchange for a promise that he'd be considered for a federal judgeship, with help from Scruggs' high-powered connections.
DeLaughter ruled in 2006 that Scruggs didn't owe the former partner anything more than a belated $1.5 million payment. The ruling was contrary to the findings of a special master appointed to weigh the evidence before trial.
DeLaughter pleaded guilty only to lying to the FBI about conversations he had with his old boss, former Hinds County District Attorney Ed Peters. Peters was accused of receiving $1 million to influence DeLaughter, but he cooperated in the investigation and was not charged.