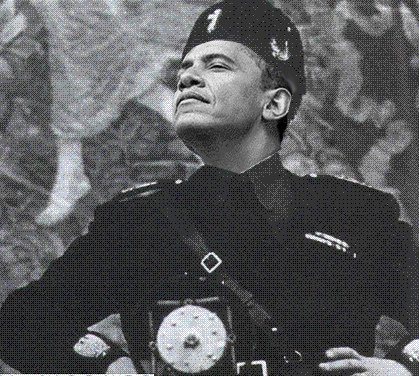 RAND Corporation Blueprint for Militarized “Stability Police Force”
Posted by William Grigg on December 10, 2009 05:08 PM
The RAND Corporation, one of the most fecund research arms of the Military-Industrial-Homeland Security Complex, has released a study entitled A Stability Police Force for the United States: Justification and Creating U.S. Capabilities.
The SPFOR (to use the inevitable acronym) would be a “hybrid” military/law enforcement unit created within the U.S. Marshals Service (USMS) for use “in a range of tasks such as crowd and riot control, special weapons and tactics (SWAT), and investigations of organized criminal groups” — both abroad, in UN-directed multilateral military operations, and at home, as dictated by the needs of the Regime.
Initially as small as 2–6,000 personnel, the SPFOR’s size “could be increased by augmenting it with additional federal, state, or local police from the United States” as necessary.
The RAND study, which was conducted for the U.S. Army’s Peacekeeping and Stability Operations Institute, recommended using the Marshals Service rather than the US Army’s Military Police  as host for the SPFOR in order to avoid conflicts with the Posse Comitatus Act, which forbids (albeit in principle more than in practice) the domestic use of the military as a law enforcement body.
“The USMS hybrid option … provides an important nondeployed mission for the force: augmenting state and local agencies, many of which currently suffer from severe personnel shortages,” states the report without explaining how the SPFOR could at once “augment” those under-manned agencies while at the same time being “augmented” by them if necessary.
That little lapse in logic is one of several indications that the report’s authors weren’t so much addressing a “problem” as making a case for a preordained “solution” — in this case, creating the vanguard of a militarized internal security force.
Building the SPFOR within the Marshals Service “would place it where its members can develop the needed skills under the hybrid staffing option,” summarizes the document. “Furthermore, the USMS has the broadest law enforcement mandate of any U.S. law enforcement agency…. [This model] provides significant domestic policing and homeland security benefits by providing thousands of additional police officers across the United States.” (Emphasis added.)
Back in 1961, the U.S. Government produced a document entitled “Freedom From War” that envisioned the creation of a globe-spanning United Nations “Peace Force” that would work in collaboration with a militarized “internal security” force in each country. Since that time, critics of the UN have anticipated the day when foreign “peacekeepers” would be assigned to police American streets and, if necessary, confiscate privately owned firearms.
While the monstrosity headquartered on the East River  is a proper target of our scorn and hostility, the new RAND study underscores the fact that if “peacekeepers” end up patrolling American streets, they probably won’t be foreigners in blue berets, but homegrown jackboots commanded by Washington.

4 Comments in Response to U.S. Army wonders if an American Gestapo would be a good idea; Rand Corp think tank says YES!

Why don`t you ignorant,stupid,cowardly  Americans just take everything you have,put it in a box,and set it by the curb.

Jet, he is a plant, a provacateur, a troll, a Hal Turner clone, chose one or more. He comes and goes only to stir up people, and complain without substance then leaves. I presume he is trolling other sites when he is not here. He hides behind a pseudonym and stands for nothing. Which one of the alphabet agencies does he work for? I don't care and it doesn't matter. Nobody takes him any more seriously than they would a gnat. I have outed him many times and he just doesn't get the hint. Go away Red, and play some where else where people like you actually like to hear the garbage that you spew. We know what you are, go bother someone else.

You are a riddle, wrapped in an enigma, wrapped in something crusty and flaky (and I don't mean "in a good way").

Do you hate and oppose everything or do you have real stances on these topics and are too lazy to articulate them?  So, which is it?

You obviously read Freedom's Phoenix for some reason, but I can't for the life of me figure out why.

Amerikan Gestapo?  Isn't that what the FBI is?