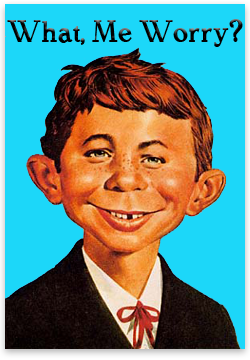 Alexandra Espinosa-Amaya isn't happy about the sentence for her crime.

For four hours Tuesday, the 24-year-old stood outside the Orlando Police Department with a homemade sign, apologizing for hitting an officer.

"I battered a police officer. I was wrong. I apologize," she drew on a blue poster board decorated with flowers.

This was her punishment for pushing Sgt. Andrew Brennan on Nov. 29, 2008, while he worked off duty near the Dragon Room on West Church Street.

"It's humiliating, and it doesn't teach me anything," Espinosa-Amaya said outside the courtroom and before she headed to the police station. "But if Officer Brennan is happy and feels a little better, I'll do it."

She agreed to wear the sign as part of her no-contest plea to two misdemeanor charges: simple battery and resisting an officer without violence. A student at Jacksonville State University in Alabama, Espinosa-Amaya also must complete two years' probation, write a letter of apology, perform 50 hours of community service and attend an anger-management class.

The sign was an unusual punishment, but the officer wanted a unique sanction, said Espinosa-Amaya's attorney, Andrew Chmelir.

Brennan wasn't in the courtroom and wasn't at the station at 2 p.m. when Espinosa-Amaya showed up to stand outside with her sign. He declined an interview request.

"The officer that was battered asked for this disposition because he wanted to bring awareness to the fact that officers from this agency and others are battered on a regular basis, often causing severe injury and/or medical retirements," OPD spokeswoman Sgt. Barbara Jones said.

Listening to the band Coldplay on her iPod, Espinosa-Amaya stood in front of the station on Hughey Avenue with the sign hanging from her neck. Some people drove by and waved. One driver stopped to take a picture of her.

The battering occurred just after midnight on Espinosa-Amaya's birthday more than a year ago. She said she and her sister were kicked out of the Dragon Room after she attached a balloon to her wrist.

According to a police report, Brennan noticed a bouncer escorting two "combative" women out of the club. He approached, telling the women to leave.

That's when Espinosa-Amaya pushed Brennan in the face with her palm, knocking off his glasses. He forced her to the ground and handcuffed her. Her sister, Natalia Espinosa-Amaya, 22, kicked the off-duty officer, the report said.

Brennan wrote in his report that Alexandra Espinosa-Amaya apologized to him as she was being booked.

In July, Natalia Espinosa-Amaya pleaded no contest to misdemeanor battery on a law-enforcement officer without violence and battery. She was sentenced to a year of probation and 50 hours of community service.

Alexandra Espinosa-Amaya said Tuesday that she didn't know Brennan was a police officer and that she never would have pushed an officer. However, Brennan was in uniform, he wrote in his report.

By Tuesday afternoon, she merely wanted to shed her sign and move. She said she is moving to California, where she will continue her golf training.

'Forgetful' Fauci Could Not Recall Key Details Of COVID Crisis Response During Deposition:

Meanwhile in China: As part of China's zero-tolerance Covid policy, they now have these