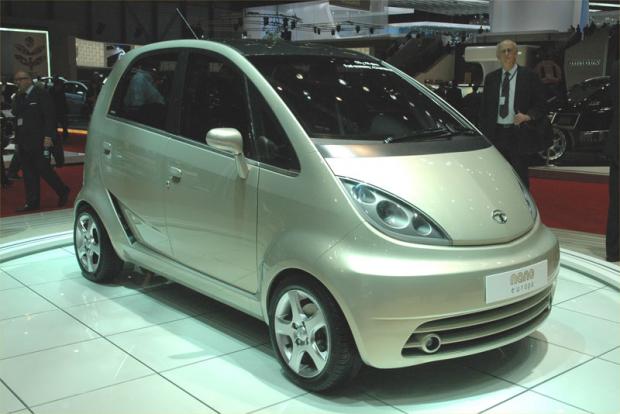 On display at the expo, where the sub-$3,000 "Made in India" Nano made waves exactly two years ago

NEW DELHI, India — From the inexpensive to the luxurious, from the compact to the large, from the locally made to the imported, the automobiles lined up for thousands of visitors to ogle.

The new year’s auto showing season has already taken off in the unlikeliest of locations: India. And if the New Delhi Auto Expo is any indication, the interest here is not so much about the visitor numbers or all the shiny new cars. It's about the recession-defying, double-digit growth rates of India’s auto market.

“The shows at Frankfurt, Detroit and Tokyo are passe, the future of car shows is in India and China,” said Rajnish Aggarwal, who runs a catering business in New Delhi.

Aggarwal, an auto fanatic who closely follows global launches and car specifications, said that the size and glitz at the event — with participants from 30 countries — suggested that the center of gravity of the global car market was shifting eastward.

That just goes to show how bloated and screwed up the American auto industry is. Too many Chiefs and not enough Indians (pardon the pun). America needs a complete and total overhaul of its manufacturing industries in order to compete. Otherwise, its done for, if not already.

OK so Detroit can try and compete with cars that cost $3k. Man that's a laugh. Let's put Government Motors on it. I don't think they could make a bicycle for $3k.

How to Dewinterize Your RV or Camper for Spring