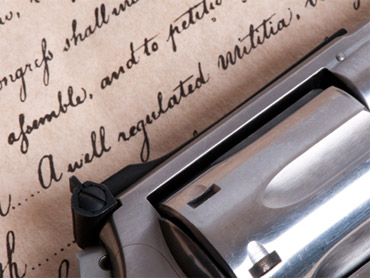 Tennessee has followed Texas in demanding that dealers obtain licenses and turn over a plethora of information to authorities before being able to host a gun show in another devastating attack on the second amendment.
The legislation, HB 2422, which has not yet passed, would make it a Class A misdemeanor for any person to organize, plan, promote, or operate a gun show without government approval.
The bill makes it a crime for anyone who wishes to operate a gun show unless they follow the following procedures;
(1) Notifies the TBI and the chief law enforcement officer in the county in which the gun show is to be held of the dates, times, and location of the gun show;
(2) Verifies the identity of each gun show dealer participating in the gun show by examining a valid photo identification document of the dealer, before commencement of the gun show;
(3) Requires each gun show dealer to sign a ledger with information identifying the dealer, including the dealer’s name and address, before commencement of the gun show; and
(4) Maintains a copy of the records described above in (2) and (3) at the gun show promoter’s permanent place of business for one year from the date of the gun show.
The legislation also contains a blanket ban on all unlicensed gun sales within 1,000 feet of an unapproved gun show.
The bill would take effect on January 1, 2011 if signed into law.

Tennessee Has not banned private gun show at this point , HB2422 was introduced by Rep.  G.A. Hardaway It has not come up for vote. Hardaway e-mail, if you might want to let him share your mind is Rep.ga.hardaway@capital.tn.gov.