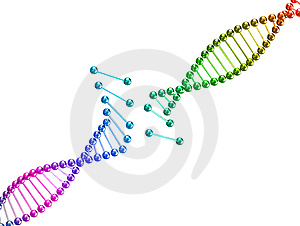 Something about radiation
All known cancer-inducing agents — certain chemicals and viruses and ionizing radiation — act by breaking chemical bonds to produce DNA mutations. Ionizing radiation refers to gamma rays, x-rays, most ultraviolet light and certain subatomic particles. Their energy is high enough to detach an electron from an atom.
Lower-energy, non-ionizing radiation from light bulbs and cell phones (both part of the electromagnetic spectrum) can't do damage unless there's enough focus to heat tissue. Even if cell phones could deposit harmful heat, circulating blood should dissipate this.
Still, there's something unsettling about bathing your brain in supposedly innocuous radio waves. So scientists are investigating non-ionizing, non-thermal or weakly thermal effects of radio waves. The theories get sketchy here, though.
One could argue that the cornea can't dissipate heat as well as other body parts; animal studies have found a link between microwaves and cataracts. But most of us generally put the cell phone to our ear, not eyes.
Also, humans might have thermoreceptors, like thylakoids inside plants enabling photosynthesis, that permit radio waves to trigger a cascade of chemical events. What this could mean for human health is anyone's guess; this is just a plausible mechanism should human studies reveal a link between cell phone use and cancer.
But studies don't reveal a cancer link.