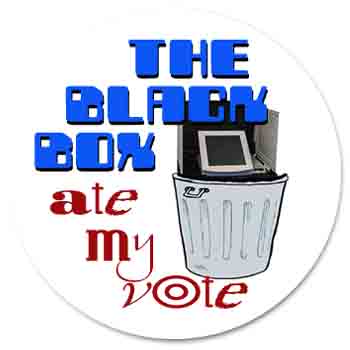 Several supporters of Democrat Martha Coakley were injured during her rush to get to the phone as quickly as possible in order to concede the race for the U.S. Senate in MA to Scott Brown even before AP called the race in favor of the Republican.

That, while some 25% of the precincts had yet to report even how Diebold's easily-hacked, oft-failed optical-scan machines (which are in violation of federal voting system standards and programmed by a company with a disturbing and criminal background), had even reported their tabulation and, more disturbingly, while 0% of the voters' cast ballots in Massachusetts had been counted or examined by any human being on the face of the earth.

"After months of campaigning, the Attorney General thought it was important to make sure neither her, nor her supporters voters were actually counted, so best to ensure that the Democracy Menace wouldn't rear it's ugly head right here in the Bay State," said Coakley's campaign manager Kevin Conroy.

Sen. John Kerry (D-MA) released a statement upon hearing the news, proclaiming he was "proud of the speed at which Martha was able to concede the race with even fewer of the votes counted by anyone --- zero in Martha's case --- than when I conceded the race for President of the United States in 2004." Kerry added that he had prepared his statement on Monday, so as to save valuable time on Election Night, since American Idol was also scheduled to be on.

And with that out of the way, please see:

Bev Harris' article today about how these media "calls" are actually made (hint: it ain't based on actually counting anybody's ballot); The several updates to my previous report on the allegations of ballots pre-marked for Brown said to have been given to voters in "at least" three different jurisdictions; My fully ignored tweet urging all candidates to NOT concede until the voters votes were actually counted, and; If you missed it, my article at the right-leaning Gouverneur Times on the outrage of ceding our American democracy, and the U.S. Senate seat from MA, to private, unaccountable companies like Diebold and LHS Associates.

With 2020 The Most Fraudulent Election In US History, Countering The Globalists Plans To Steal--