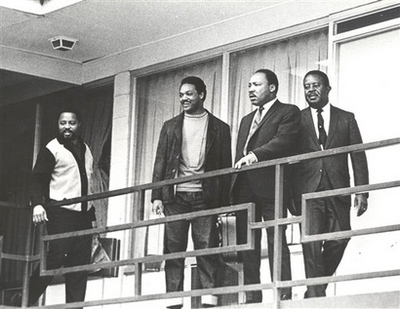 The FBI continues to keep secret hundreds of thousands of pages of documents stemming from the Civil Rights Era, including information related to the assassination of Reverend Martin Luther King Jr. Records not released include details about a Ku Klux Klan leader who claimed to have played a role in King’s death in 1968. Stuart Wexler, a history teacher in New Jersey who requested the KKK information, was told by the FBI that the document had been accidentally destroyed, only to discover this was not true.

9 Comments in Response to Why is the FBI Still Hiding Information about the Assassination of Martin Luther King?

JFK, MLK, RFK were all killed by the U.S. Government.  As for the JFK Assassination:

The rabbit hole goes deeper than just LBJ, for those “in-the-know”. (Be sure to read other articles, on this site, regarding the JFK Assassination, for more details)

TWO Must Read Articles, that provide OVERWHELMING EVIDENCE of state-sponsorship, of the Assassination of John F. Kennedy: (The CIA killed JFK. LBJ and J. Edgar Hoover, were simply two of many, albeit very powerful, beneficiaries of the hit, and who assisted in the coverup). ALL THE EVIDENCE IN THE WORLD, is right here. You’d have to be a complete %$^&*@# MORON (seriously) to believe the official story, that Oswald was the assassin, or that he acted alone! We’ve been living under the SAME REGIME, ever since that fateful day: Nov. 22, 1963.

1) The National Security State and the Assassination of JFK
The CIA, the Pentagon, and the `Peace President`
By Andrew Gavin Marshall
http://www.globalresearch.ca/the-national-security-state-and-the-assassination-of-jfk/22071

2) JFK and the Unspeakable: Why He Died and Why It Matters, by James Douglass
(A Review of the above book, by Professor Edward Curtin)
http://www.globalresearch.ca/jfk-and-the-unspeakable-why-he-died-and-why-it-matters/16273

For a DEEPER look, into the JFK Assassination, and a look BEYOND the CIA, to who, exactly created and FUNDS the CIA:

The Federal Reserve Cartel: The Freemason BUS & The House of Rothschild

Be sure to check out the "comments" section.

"I think Lee Harvey Oswald’s Wife, got it right, in her remarks included in the following paragraph, from the article (above):

'Kennedy’s fate was sealed in June 1963 when he authorized the issuance of more than $4 billion in United States Notes by his Treasury Department in an attempt to circumvent the high interest rate usury of the private Federal Reserve international banker crowd. The wife of Lee Harvey Oswald, who was conveniently gunned down by Jack Ruby before Ruby himself was shot, told author A. J. Weberman in 1994, “The answer to the Kennedy assassination is with the Federal Reserve Bank. Don’t underestimate that. It’s wrong to blame it on Angleton and the CIA per se only. This is only one finger on the same hand. The people who supply the money are above the CIA'. [14]

What is clear, beyond ANY shadow of a doubt, is that the CIA contained or harbored in ONE organization, by far the greatest number of JFK’s enemies: 1) Allen Dulles, 2) William K. Harvey, 3) Cord Meyer, 4) David Morales, et al. IT IS VERY LIKELY, THAT THE CIA PROVIDED THE HIT MAN, FOR THE “BIG EVENT”, as E. Howard Hunt called it. Alternatively, the Mafia, via Carlos Marcello, COULD HAVE provided the hit man, Lucien Sarti(?), for the CIA, as a sub-contractor. These appear to be the only two plausible possibilities. Unless, of course, the Mafia’s sole role, in the Assassination, was Jack Ruby’s (Jacob Rubenstein’s) taking out the patsy (Lee Harvey Oswald) – as repayment, for a favor owed to New Orlean’s Mafia Boss, Carlos Marcello. In that case, it is clear, using Occam’s Razor, that the CIA stands alone, in high profile, as the #1 suspect, in the JFK Assassination."

Perhaps the single GREATEST quote of the 20th Century:

(Made by an Attorney General with wisdom beyond his years)

It is unclear what, exactly, three CIA Agents (confirmed, by fellow CIA Agents who worked with them) were doing there, the night that RFK was Assassinated, but, there they were…The following video confirms that the “autopsy report exonerates Sirhan Sirhan. Remember, Thane Eugene Cesar, a security guard, on his first night on the job, was assigned the task of guarding RFK, as he went through the kitchen pantry. He was in the perfect position, directly behind RFK, and to his right – the exact position from whence came the shot(s), that killed RFK – one of which struck RFK in the back of the head. NOT A SINGLE SHOT FROM SIRHAN’S GUN HIT RFK – CONFIRMED.

For the CIA's role in the JFK Assassination, read:  Last Word: My Indictment of the CIA in the Murder of JFK, by Mark Lane

Additionally, be sure to view all of the following:

Robert Gaylon Ross Sr. Interview with Madeleine Duncan Brown – Part 1
(Be sure to watch ALL parts, tedious at times, however, she names names)
http://www.youtube.com/watch?v=haMhn7jgW6E&feature=related

Do you want the TRUTH, about the JFK Assassination? CAN YOU HANDLE THE TRUTH?

Get started by reading this excellent introduction/overview, to LBJ’s involvement:

Let us not forget about RFK. His Assassination/Murder was ALSO covered up. Most people are not aware of this, however, with his brother, JFK’s Assassination getting most of the “alternative” media coverage. Sirhan Sirhan was, like Lee Harvey Oswald, simply a PATSY. Proven.

There definitely was another shooter: RFK assassination witness says FBI covered up fact there was a SECOND gunman
[His name was Thane Eugene Cesar, and he worked for Lockheed Martin, and lives in the Phillipines, now]
http://www.dailymail.co.uk/news/article-2137188/Robert-F-Kennedy-assassination-witness-says-FBI-covered-fact-SECOND-gunman.html
Read more: http://www.dailymail.co.uk/news/article-2137188/Robert-F-Kennedy-assassination-witness-says-FBI-covered-fact-SECOND-gunman.html#ixzz1tnJe0SVJ

Haven't I heard someone around here say...."because they can?"

1981 Book By The Adviser To The French President Spells Out The Elite Genocide Plan...

What If The Big Reveal Already Happened?

What If The Big Reveal Already Happened?