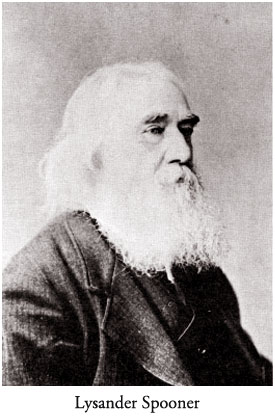 For freedom-lovers who continue to involve themselves in electoral politics, a first look at the results of Tuesday’s special election to complete the unexpired term of the late Ted Kennedy (D-MA) is quite depressing:

Yes, you read that right: Fewer than one in 100 voters pulled the lever for Libertarian candidate Joe Kennedy. 99.1% voted for Republican Scott Brown or Democrat Martha Coakley … or, to put it a different way, they voted against Samuel Adams, Paul Revere, the Minutemen of Lexington and Concord and the American Revolution. In Massachusetts!

From a different perspective, however, the results are actually quite encouraging:

Some people didn’t vote because they weren’t allowed to vote. That’s all well and good. I don’t have a vote in the business meetings at the church down the street, either, because I’m not a member of that church. If those forbidden to vote in Massachusetts are exempted from the laws passed and the taxes levied by the winner of a contest from which they are excluded, there’s really nothing to complain about, is there?

Then, of course, there are those whom we’re told to label “apathetic.” They just don’t care about the outcome. Maybe, maybe not, but even if so, there’s no universally applicable explanation for why they’re apathetic.

Is it because they’re willing to be ruled by politicians selected by others? Or is it because they’re not interested in being ruled at all? Has anyone asked them? If I decline to order coffee, does that mean I’m fine with French Roast or Colombian roast, no biggie, or is it more likely that I just don’t want coffee?

Two of every three Massachusettsians either didn’t want what Brown, Coakley and Kennedy were offering, or weren’t asked.

If that happened in Iran or Venezuela, the US State Department would strain its public relations muscles pumping out press releases on the significance of the “massive election boycott” or the “general voter strike” and asserting that “the people” had spoken clearly in rejection of the the regimes which rule them.

Since it happened in America, we’re expected to go along with the pretense that a “majority” sent Scott Brown to Washington. But no such majority for Brown exists. He was the choice of fewer than one in five of his fellow citizens, and more than three in five appear to have either been disenfranchised or to have rejected the notion that they require representation in, or consider themselves in any way bound by the edicts of, the US Senate.

Is this line of argument specious? Perhaps. At the moment, we simply don’t know what the motives of those voluntary non-voters, or the preferences of those forcibly disenfranchised citizens, might be.

Given the 40-year failure of the Libertarian Party to rally voters to its flag in electoral contests, it strikes me as time and past time for the freedom movement to turn its attention to the non-voting majority as its potential base of support, and to non-electoral means of effecting change.

----------------------------------
C4SS News Analyst Thomas L. Knapp is a long-time libertarian activist and the author of Writing the Libertarian Op-Ed, an e-booklet which shares the methods underlying his more than 100 published op-ed pieces in mainstream print media. Knapp publishes Rational Review News Digest, a daily news and commentary roundup for the freedom movement.

2 Comments in Response to Two Perspectives on the Massachusetts Election

Yes, because if you aren't a registered voter, they may not count your "NO" vote, right?

The numbers shown in this article are incorrect as there are only 3.9 million registered voters in Massachusetts including those who have died. Approximately 2.2 million people voted in the recent state special election.

Hamtramck City Council will be all Muslim, likely first in US, in January

WOKELASH! Virginia Election PROVES Everyone Is Sick of the Far-Left! | Louder with Crowder