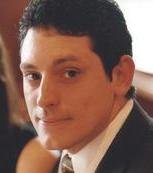 I filmed an uninvited crasher being thrown out by Campaign for Liberty security. Instead of worrying about the crasher, the security then comes after me and demands that I shut off my camera. They then come over and grab my camera and point it away to keep me filming what is going on. Am I overreacting to being censored? Watch this footage and you decide.

11 Comments in Response to I almost get thrown out at C4L event for filming a uninvited crasher!

Awesome.  Kids should record their parents scolding them, post it to their facebook for CPS to see.  Turn your neighbor in - INSTANTANEOUSLY to the authorities.  Get a 10 cent credit to your online qik.com account as a government thank you!

This cuts both ways, Powell.

Bottomline,unless you can keep people from having cell phones present you can't keep people from video recording things.  You just pull it out, point and shoot.  You can even broadcast live to qik.com so there is nothing for security/cops to erase.  When anyone starts clubbing/gassing or electrocuting people they should not have any expectation of privacy.  And quickly resolutions are improving and these video recorders are getting smaller and less detectable.  Pass all the prohibitions and restrictions you want, but tech is making authoritay impotent when it comes to documenting their abuse.

Of course there is!  In fact I think I missed my tribute payment to the grand jew of the masonic lodge this month.  Thanks for the reminder.  I'll put my check in the mail tonight.  PHEW.  Just think of what would have happened if I forgot?!?!?!

So, let me get this straight; are you guys saying there is no Zionist Conspiracy?

My theory about the "why" of this:

C4L attracts a variety of disparate types of people, including those all worked up about "the worldwide Zionist conspiracy" -- that is, anti-Semites, who are attracted to Paul because of his opposition to wars which happen to support the interests of Israel. This poses a problem for C4L because while they desire these Jew-haters' money and votes, their presence in this coalition can prove embarrassing if they become too visible. Sort of like the crazy Aunt who lives in the attic you can't really get rid of because her trust fund helps pay the mortgage. You try to keep her in the attic so she doesn't drive away your friends but from time to time she insists on coming downstairs and raising a ruckus.

Based on what we can hear that crasher say to the security people, he's one of those crazy aunts. Bierfeld and the bald guy were trying their best to quietly defuse the situation, and get auntie back into her attic without anybody getting mad and quitting the house altogether.

So then they notice Tallin. They wonder why Tallin is there videotaping the confrontation -- is he somehow allied with the crazy aunt? Are they both part of some kind of agents-provocateur operation? Even if they don't suspect Tallin's motives, will his video be used to announce that anti-Zionists are not welcome in C4L, and drive away a chunk of their support?

In that light, it doesn't seem so unreasonable for them to stop Tallin's videotaping, as gently as they can.

Personally, I think the presence of people obsessed with exposing "Zionist conspiracies," as if we all haven't heard this stuff a thousand times already, is a detriment to any movement, especially one associated with the right. It's C4L's choice to make but if they were wise they would choose to kick auntie out of the attic if she won't behave herself.

As to the propriety of Tallin's taping the confrontation: it's unclear to me whether this area was open to the general public. If it was, he was clearly acting within his rights. If it wasn't, then they would have a right to eject him, although he could continue videotaping as he was hustled out the door, if he wanted to -- because it's his camera, and C4L may have leased the venue but they don't own the light rays and sound vibrations collected by the camera.

My first impression is that any video that starts with Catherine must be good. But wait, what, no mace? No TASERs? What kind of a low-budget video is this? And I kept waiting for more T&A, I could have sworn at one point the director was down-playing the violence to set up an inarticulatable angst in the viewer which would be gratified in the next sex scene. I was even starting to think the whole plot would take a twist into homoerotic fantasy but no such luck. I realized at that point it wasn't your average Patriot Sex-Thriller genre piece, it was more experimental.

I'm not happy with how the C4L "thugs" were portrayed. They were pretty wimpy for thugs and in today's violence-saturated media, they come off more as bumblimg fools than tommorrows uber fascists. I don't think this was as much a problem with scripting as it was casting. There is, after all, a way more threatening way to say the words "sir" and "please".

However, without resorting to background music, laugh tracks and in spite of a heavy reliance on narration (a major cinemantic flaw in any director IMO), Lupo manages to weave a traditional narritive of boy meets venue, boy falls in love with venue, boy is rejected by venue. The lack of resolution implies a sequel, and like many "first of films" it might merely set the stage and introduce the characters we hope become more comfortable and expressive in their roles.

Have to agree on Bierfeldt.  He's kind of a jerk.  That has nothing to do with C4L, principles, or libertarian / authoritarian whatever.  Sometimes people are just jerks, libertarian or non-libertarian, and that's the long and the short of it.  Bierfeldt is supposed to be fundraising director.  If he's representing himself as security or asserting himself as security he's WAY out of whatever role he's supposed to have with C4L.

Tarrin informed me (via facebook) that these were C4L volunteers, not venue security.

One of the gentlemen who approached Tarrin, is Steve Bierfeld. Steve is the director of development for C4L. Awhile back, Steve had an encounter with the TSA, and he used his Iphone to document the event. I find it hypocritical of him to have a problem with Tarrin filming, for he used the same technique against the TSA.

Tarrin also informed me that the vender area was open to the public for anyone to come in.

What was the ungodly loud sucking sound in the background?  Did the sheer mass of the birther/truther/zionist nexus rip a hole in space time?

Good question, Tarrin, but it's a republican event filled with republicans.  Of course security was overbearing.  Otherwise they wouldn't stand out from the rest of the authoritarian sociopaths.

#1 It's a private corporation holding a private event and as such, it's their venue so they make the rules.  That's the good and the bad of ANY membership organization.  If you are a libertarian (small or cap 'L') you should know this.  If you are a libertarian and do not like this fact, guess what?  You're a hypocrite and worse than a Dem or GOP hypocrite, because you claim to know better.

#2 Some libertarian activists think C4L are control freaks.  However, they have yet to cite one example of the "control" that those libertarians so abhor.  If you refer to #1 again, then I'm going to have to counter with the hypocrite charge.  As the publisher of FP aptly points out over and over, if you want something different do it yourself.

#4 Why don't you put your efforts in to expose the NWO or something?  Jeez.

2.  Security being filmed tossing someone out ... of course they want you to stop filming.  OBEY.  It's a security expectation.  It is a private function, so if that was policy not to film inside some area you don't have a lot to say.  If it was the public lobby, the outside of the building then they have less to stand on.  Hopefully C4L has an open filming policy.  Hopefully they encourage publicity of their events.

3.  You had every Right to stand up for your Right to film the events of a news worthy event  such as tossing someone out of an event, and in refusing to be intimidated nor turning off your equipment or ceasing your activity.  If security was doing nothing wrong they should not have a problem being observed or recorded as long as you were not physically in the way of preventing them doing their jobs.

'Fuck This Court': We Obtained Larry Flynt's FBI File and It's Pretty Wild

Calgary Pastor Stands Up to The Calgary Gestapo, Again!