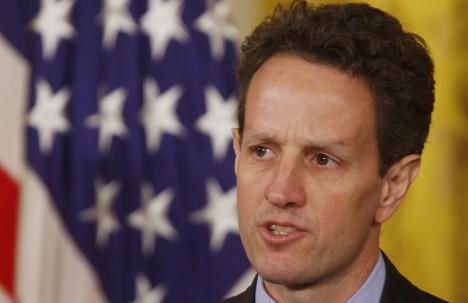 LAST MONTH, the US economy shed another 85,000 jobs. It marked a miserable end to a calamitous year in which an estimated 4.2 million American jobs were liquidated, and unemployment rose to 10 percent. In addition, more than 920,000 “discouraged workers’’ left the labor force entirely, having given up on finding work and therefore not included in official unemployment data.

Meanwhile, millions of Americans who do have jobs have been compelled to work part-time or at reduced wages; many others have not seen a raise in years. But not everyone is having a rotten recession.

Since December 2007, when the current downturn began, the ranks of federal employees earning $100,000 and up has skyrocketed. According to a recent analysis by USA Today, federal workers making six-figure salaries - not including overtime and bonuses - “jumped from 14 percent to 19 percent of civil servants during the recession’s first 18 months.’’ The surge has been especially pronounced among the highest-paid employees. At the Defense Department, for example, the number of civilian workers making $150,000 or more quintupled from 1,868 to 10,100. At the recession’s start, the Transportation Department was paying only one person a salary of $170,000. Eighteen months later, 1,690 employees were drawing paychecks that size.

All the while, the federal government has been adding jobs at a 10,000-a-month clip.

2 Comments in Response to Income angst? Not for public employees

Soon federal employees will have their own stores to shop in, their own traffic lanes, etc. That's how it was in communist russia, government bureacrats lived like kings compared to the starving masses.

Obama is taking well care of blacks being hiredin the federal government who will discriminate against whites moreso now. They're racist and will stop at nothing to end white rights. Our veterans who fight in Iraq and elsewhere get the shaft when they return home and try to seek jobs. Federal agencies refuse to hire them and there isn't a damned thing anyone can do about it with a dictator governing  their lives.

A Revolution in Parking Is (Quietly) Spreading Across America

They Will Lock You Down Again

Which Populations Feel Their Country Is On The Wrong Track?

McCarthy wins nomination for House speaker, but grind ahead