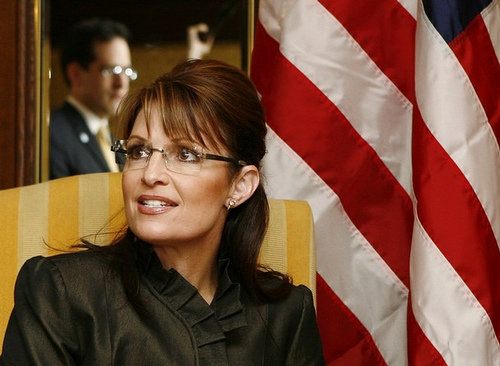 Will Sarah Palin's Tea Party dinner be a bust?
Tea Party Nation founder Judson Phillips likely assumed that scoring a dinner speech by the former Alaska governor and GOP vice presidential candidate would guarantee a huge turnout for his National Tea Party Convention, scheduled to start Feb. 4 at Nashville's Gaylord Opryland Hotel. But according to Tea Party insiders, the tickets for the Palin banquet aren't selling—and some conservative activists who have already paid to attend are now demanding refunds. With the controversial event shaping up to be a potential flop, some Tea Partiers are urging Palin to cancel her speech to avoid a humiliating public relations disaster.
The problems began after news broke that Phillips intended to profit from the convention—which costs $549 a person for access to both the conference and Palin’s banquet, or $349 for a ticket to the dinner alone. With one prominent conservative blogger charging that the event seemed "scammy," several key sponsors yanked their support, including the National Precinct Alliance, the American Liberty Alliance, American Majority, and the Federation for American Immigration Reform. As the rash of bad press continued, this week Rep. Marsha Blackburn (R-Tenn.), announced that she’s considering pulling out as a convention speaker. And some Tea Party activists think Palin should join her. According to internal convention planning documents obtained by Mother Jones, Palin will be paid $115,000 to address the attendees—as they dine on steak or lobster. To some Tea Partiers, this lavish affair sounds suspiciously like an exclusive GOP fundraiser and a betrayal of their grassroots movement. (In mid-January, Palin told Fox News' Bill O'Reilly that she will not profit from her appearance at the convention, suggesting she would donate her speaking fee to Republican candidates. But she has not provided any details on that, and a Palin spokesperson did not respond to requests for clarification.)
Phillips has bragged publicly that the tickets covering both the convention and the speech have sold out. Yet Tea Party insiders say that's not the whole story. Anthony Shreeve is an activist in Dandridge, Tenn. who quit the convention organizing committee over the expensive ticket prices. He says he has it on good authority that most of the approximately 500 speech-only tickets have not been sold. Shreeve adds that Phillips "isn't going to sell any more," and says other would-be attendees have been demanding—and receiving—refunds. Late on Tuesday afternoon, I tested his claim by attempting to buy 10 tickets to the dinner. If I’d been prepared to shell out $3,587.10, that would apparently have been no problem. "I really hope that Sarah Palin doesn’t come to this event because it's going to be really embarrassing for her to walk into a half-empty room," says Shreeve.

All your tea party are belong to us.

They may have their own parties, but not tea parties. With the money moving in this event, shows that the republican party is business as usual.

I'm glad this is sinking fast for them. I didn't like them trying to high-jack this movement.

The Tea movement doesn’t belong to the Republic party or the DNC, it belongs to the people that want to get out of this paradigm and back to a Constitutional Republic.

Yeah, the left is picking up the story because they (correctly) see it as a wedge issue between conservatives and the Neocon GOP.

There's something fishy and stinking going on with the teaparty and 912 movements.  I dont have it 100% nailed down yet, though I did a story several months ago on who the Tea Party EXPRESS people are.  They are unmistakeably and OPENLY RNC operatives, not independent grassroots folks and openly hostile to the Ron Paul Republican movement.

Tea Party Express is different (I think) from other tea party orgs. However, they all brand themselves as "THE" tea party.  And in may states and locations there is significant if not complete overlap.

This is turning out to be the best thing to happen in a while. I know it's painful but the nation needs to see there's a DISTINCTION between the movement and the GOP. Just an AWARENESS of this fact is needed right now. If people are aware there's a problem between us maybe they will investigate what it is. And so they are.

Oddly, Judge Napolitano understands an "establishment" takeover of teaparty, thence the reaction thereto, he just doesn't understand that he's part of the establishment.

Now I wonder what Glenn Beck's response will be. I think I'll go see what the Kosters are saying.