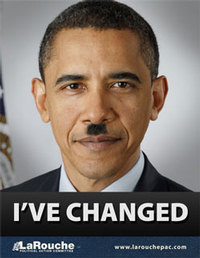 His goal: Get the economy, the confidence of voters and his own presidency on surer footing.
Obama will offer fresh details about how he wants to salvage an overhaul of health care, rein in the national debt and help businesses hire again. He will call for education reform and more money for schools, take responsibility for mistakes in his first year and follow up his speech with a dash to Florida to announce $8 billion in awards for high-speed rail.
Two themes will underpin the entire address — reassuring millions of Americans that he understands their struggles and convincing people that he is working to change Washington even as he finds himself working within its old political ways.
Yet for all the new wrinkles he offers, Obama's moment will be measured largely by how well he reconnects with the public.
"In this political environment, what I haven't always been successful at doing is breaking through the noise and speaking directly to the American people," Obama conceded to an interviewer last week. This is his chance — speeches like this one can draw 30 million to 50 million viewers, sometimes more.
The White House knows the 9 p.m. EST address has enormous stakes. Obama rode a tide of voter frustration into office and now is getting smacked by it himself.
Change is working against him.