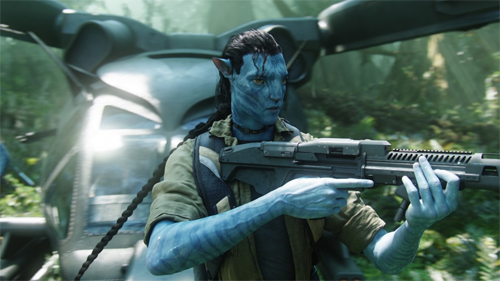 Some writers who are generally my allies in favor of capitalism and free markets have been critical of the movie Avatar. Reihan Salam, for example, on Forbes.com, writes, “In a sense, capitalism is the villain of Avatar.” Edward Hudgins, a fan of Ayn Rand, as am I, writes that Avatar is “loaded with tired, mind-numbing leftist clichés.”

But I don’t think Avatar is an attack on capitalism. One could leave the movie and have no idea, based on just the movie, about James Cameron’s view of capitalism. And while it did have some clichés (most movies do), I didn’t find it loaded. So what is Avatar? In fact, Avatar is a powerful antiwar movie – and a defense of property rights. For that reason, I found it easy to identify with those whose way of life was being destroyed by military might. (Warning: slight spoilers ahead.)

Consider one of Salam’s main arguments against Avatar. He points out, correctly, that the tremendous economic growth that relatively free markets have led to in the last two centuries is responsible for the fact that humans have grown taller, stronger, and healthier. The Na’vi, by contrast, even without clearly visible means of support, “do seem pretty tall, strong, healthy, and well-fed.” Point taken. But do we really look for realism in a movie that’s about people on a fictitious planet? I found many things implausible about the movie – start with the fact that people who are obviously American go to another planet and find people who speak English better than most Americans do. Surely, then, the size of the humanoids’ bodies is one of the least important implausibilities.

Ed Hudgins criticizes the movie on the grounds that Pandora, the alien planet, is a “Garden of Eden or lost paradise inhabited by noble savages.” This myth, he writes, “has done no end of harm to humanity.” I agree with him, both about how Pandora is portrayed and about how much harm the myth of the noble savage has done. But here’s the crucial question, a question that neither Salam nor Hudgins addresses: Do savages, noble or otherwise, have rights?

If given a choice between high-tech, with all its creature comforts, and the jungle life of Tarzan, I, like Salam and Hudgins, will take high-tech every time. But that’s not what the movie’s about. It’s about people from a high-tech civilization using technology to make war on people from a more primitive society so that they can steal their stuff. That’s a very different choice. I would choose not to kill them and take their property. What would Salam or Hudgins choose? They don’t make their answers clear, although they show zero sympathy for the victims of the attack.

In fact, the defense of property rights in Avatar is so clear that, at one point in the movie, when the bad guys are justifying their war on the grounds that they need “Unobtainium,” I turned to a libertarian friend and said, “This is the Kelo decision.” Recall that the Supreme Court, in Kelo v. City of New London, decided that it was all right to take Suzette Kelo’s property from its low-tech use as a house so that a major corporation could use it for a “grander” project.

How to Live in an RV on Your Own Land

Letters to the Editor • Property Rights

New insight on Klaus Schwab's 'You will own nothing and be happy':

BOMBSHELL: Eva Vlaardingerbroek Exposes How Bill Gates May Be Connected to Taking the Farmers Land

What Will Happen to Personal Property in America?