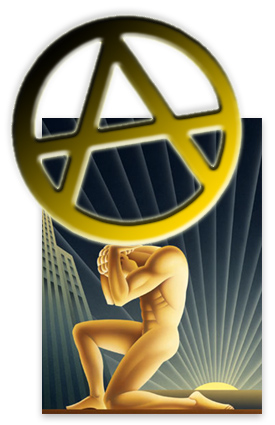 The belief that government is necessary to ensure social order is a pure superstition, based upon a psycho-epistemological process different in no important respect from the belief in goblins and witches....

At the outset, let it be made clear that government is nothing but men acting in concert. The morality and value of government, like any other association of men, will be no greater and no less than the morality and value of the men comprising it. Since government is nothing but men, its inherent authority to act is in no way greater or different than the authority to act of individuals in isolation.

The basic reason why a social order could, and would, arise in the absence of governments (as they are known today) is the fact that man has an objective need for social order and protection from initiatory force. This objective need would create human associations producing order in society. The morality and permanence of these associations will be determined by the morality and rationality of the men creating and working in them, as is the case for any social institution.
[more ...]

Here is episode #2 of HBO's : The Anarchists!

How Could Anyone Be an Anarchist?

I am no longer a libertarian

Interview 1716 - James Corbett on Research, Anarchy and the Future