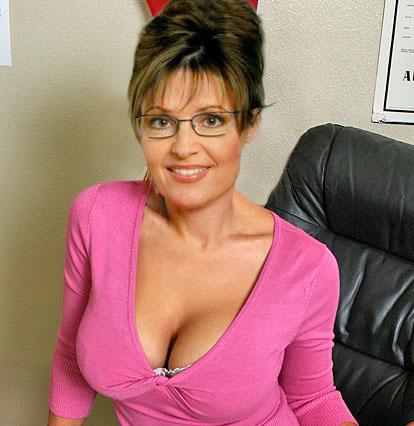 MSNBC anchor Chris Matthews forcefully ripped into Sarah Palin's advice that President Obama could "declare war on Iran" to improve his re-election chances, repeatedly calling her "frightening" and claiming she's "an empty vessel" with "nothing going on mentally." Palin told Chris Wallace on Fox News Sunday that if Obama "played the war card" in that manner it "changes the dynamics in what we can assume is going to happen between now and three years." "She's frightening.
Mark, that is frightening stuff. Frightening," Matthews said Tuesday on his show Hardball. "First of all, president don't declare war. Anybody knows that in high school. Congress has to declare war. To declare war on Iran, I don't think the most far right, Middle East hawk will talk about declaring war on Iran, a country with 70-some million people, with an advanced air force.
Speculating where her talking points are coming from, Matthews continued, "Why does she talk like that?... Is Michael Ledeen, a real hawk, writing this stuff for her? I don't know anyone as far right as that, besides him." Matthews assailed her ostensible lack of knowledge on military matters and war, claiming she doesn't understand the matter she's discussing. "She has no idea what the Korean War was. She didn't know anything," he said.

I Don't Like Donald Trump But May Vote For Him in 2024 With all His Reprehensible Baggage!

General Flynn | "This Shift to a New World Order Is Very Very Real." | Why President Trump

Pelosi has NO PLANS to 'step away from Congress' and says Biden SHOULD run again...

Controlled Opposition: the problem is McConnell and McCarthy, not Trump or DeSantis