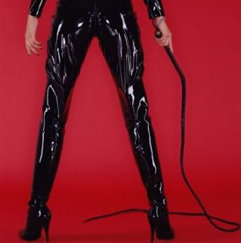 I said that Sarah Palin’s hawkish message on Iran was oddly out of place in a group whose roots belong to the Ron Paul anti-interventionist libertarians, particularly as the anti-interventionist Rand Paul is looking strong in the Kentucky Senate race – and Palin just endorsed him.
The woman I appeared with, who said she was representing the tea partiers, was quick to say that there were many who were NOT anti-interventionist, such as herself. My libertarian friends couldn’t figure out WTF she was doing on MSNBC representing the tea parties in the first place, and said it was embarrassing when the opposition did a better job stating their case than their purported advocate.
But it underscores a rift within the tea parties between the anti-tax, pro-civil rights libertarians who started them and the corporatist neocons who are now trying to swoop in and capitalize on all of the hype. I’ve now spoken with no small number of journalists reporting on the tea party phenomenon who don’t even seem to know that the first tea party in 2007 was held by Ron Paul supporters, and they actually dumped tea into Boston Harbor.
Ron Paul appeared on Rachel Maddow last night to speak about the fact that he himself is being challenged for his House seat by those who claim to represent the tea party movement. Rachel asked him about his relationship to the tea parties, and he said: I think the message gets a little bit diluted when a lot of people come in and the Republican party wants to make sure that maybe there’s a Neocon type of influence.
Alan Grayson worked closely with Ron Paul to pass Audit the Fed in the House, and we worked with the Campaign for Liberty to support them in that effort. Ron Paul was reluctant to denounce Sarah Palin’s endorsement of his son, and mostly tried to change the subject. But this morning Doug Bandow, a Senior Fellow at the Campaign for Liberty, has a piece denouncing the Daniel Pipes foolishness (echoed by Sarah Palin last weekend) which says Obama would help himself politically by bombing the bejesus out of Iran: There are no good solutions in Iran. The world will be a better place if Iran becomes democratic and abandons any nuclear weapons program. But initiating war likely would inhibit reform in Iraq while making the world a more dangerous place.
The disastrous experience of Iraq should teach us many lessons, the most important of which is that war always should be a last resort. That standard is no where close to being met in Iran.

I first heard about Jane Hamsher 3 weeks ago and all the sudden  she's on my desk every day.

The timing suggest collusion on somebody's part but I'm having a blast with all this.

Study Finds Dems Will Get Vaccinated for $100, Republicans Can Be Bribed with Freedom Incentive

Episode 554: Everything Except The Libertarian Party w/ Stacie-Ann of 'The Dissent'

To Stop the Left, America Needs a Rothbardian Right