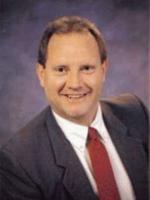 And you thought the $23 trillion in backstops for the financial system was bad, you ain't seen nothing yet. Earlier today, the Depository Trust & Clearing Corporation, best known for its Cede & Co. partnership nominee which is the holder of virtually every single physical stock certificate in the known universe, and accounts for over $2 quadrillion in stock transactions per year, announced that "the Federal Reserve Board had approved its application to establish a DTCC subsidiary that is a member of the Federal Reserve System to operate the Trade Information Warehouse (Warehouse) for over the-counter (OTC) credit derivatives." With this approval the DTCC is now the de facto legally accepted global repository for over-the-counter credit derivative transactions. Simply said, the Federal Reserve is now the guarantor behind all CDS transactions that clear via DTCC, which would be pretty much all of them (sorry CME, you lose). The total bottom line in terms of gross notional? 2.3 million contracts with a gross notional value of $25.5 trillion.
When the next AIG implodes, and the CDS market is once again facing annihilation in the face, who will be on the hook? You dear taxpayer, that's who. The new Fed-endorsed organization will settle CDS obligations in all currencies and process credit events. It will also include all OTC credit derivatives traded worldwide, and will be regulated by the Fed and the NY State Banking Department and will be overseen by other US and International regulators. To be sure, the net notional CDS amount, which is what counterparties would be on the hook for in the case of an orderly unwind of the financial system, is materially lower than the gross total. Yet, as systemic unwinds are never orderly, gross tends to become net in those occasions when Lehman bonds go from par to 10 cents in the span of 24 hours. Should systemic risk flare up again (and this time Europe will be both shaken and stirred, thank you Mr. Hazard... Moral Hazard), and fiat-based market values quickly catch up with fair values (which in our ponzi economy can easily be calculated: they are all zero).
The actual organization that will soon be in need of a bailout, is the Warehouse Trust (there's that word again) Company, which in turn will operate the DTCC's Trade Information Warehouse, and will begin operations “once certain organizational conditions have been met, which are expected shortly." Presumably, the TIW, which has been in operation for just over one year, is somehow supposed to inspire confidence that the DTCC has an idea of everything that goes on in the quadrillion + CDS Market. "The release of this information has been an important step forward in helping increase transparency in the marketplace. More detailed information on individual firm trading has been made available confidentially to regulators around the world with the consent of market participants." Oh great, at least someone has information to the confidential information.
What all this implies is that basis spreads will likely compress very shortly, once counterparty risk becomes a thing of the past and all systemic risk in the biggest derivative market out there (ex IR swaps) is fully backstopped by the Federal Reserve. It will also guarantee the DTCC monopoly status when it comes to CDS trading as nobody will desire to transact and/or clear elsewhere. We shudder to think if the Fed grants DTCC with exclusive status for IR and FX swaps as well, and the associated $600 trillion notional outstanding. And from an insider, we know that the company will be funded and commence operations by March 1.

1 Comments in Response to Ernest Hancock Will Love This: Fed to Backstop $25 Trillion in CDS for Cede & Co.

Good thing the Bank of International Settlements met in secret this week in Sydney.