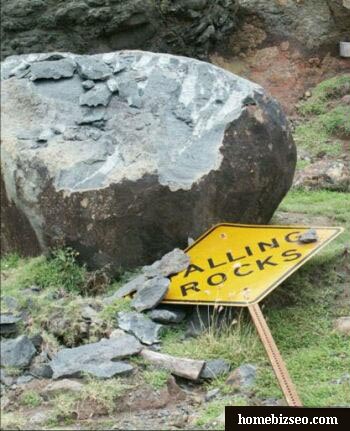 Want to have some fun?  Join me as we travel through nine years of the Libertarian National Committee’s filings with the Federal Election Commission.

I’ve done all the heavy lifting for you.  The analysis is complete and these are the results.

1 Comments in Response to LNC Disenchantment - By the Numbers

Well the first thing I read into it was there is a lag in response as comsumers react to percieved market instabilty. In other words, people seeking alternatives under duress.

I'm shocked the overall donor number is so LOW. About 5.5k people donated to LNP? My Gods, the movement blows that away on a given state effort. That's just pathetic.

However, I see the numbers as meaningless given LNP has ABSOLUTELY NO POLITICAL GROUND UPON WHICH TO STAND at the moment. 3 decades spent trying to do what the RPR just did in about 3. And since LNP went centrist, well, now they are basically in a position of having to "out Ron Paul Ron Paul".

By moving to the center, the R3VOlUTION came neatly in to the RIGHT of them and now there's basically no place left in the political nest. Dude, the numbers say the R3VOlUTION blew LNP out of the sky, out of the water and off the land with our FIRST moneybomb.

Now Brock, I can't take too high a position because I wish I could tell you in more finite terms WHY LNP hasn't worked, after all, LNP fielded Dr. Paul before and it fizzled. Strategically I understand what they did, at the time it made sense although I opposed it, but it at least made sense in a constructural way. It just didn't work. So I'm just calling the facts as I see 'em on the ground.

What I hope is that LNP can reform, re-radicalize and become a truly non-partisan or counter-partisan, the mythical "Third Party" and create an ideological home for purists. Because the purists are politically homeless at the moment. Even anarchists like Powell need a place to sleep at night.

Yeah, LNP needs to act fast because C4L is being responsive and entering into more of an articulated antiwar position and THAT IS THE SINGLE ISSUE UPON WHICH ANYBODY CAN GAIN POLITICAL GROUND AT THIS VERY MOMENT.

Once that space is full, LNP will have to seek again to get to the RIGHT of that.

This lack of reactivity and response time in this movement is an anomaly and can only be reflective of INSTITUTIONALIZED BEHAVIOR.

This is both my judgement and my counsel: LNP, in all sincerity, this is the best advice I can give you because it's exactly what I'd do in your shoes. I'd step aside and throw the door open to the young people and tell them they have one day to come up with a plan and then they are in charge, here are they keys, here are the accounts. I'd probably advise that we keep the actual ACCOUNTANTS so the transition is smoother but LIKE ANYBODY IS GONNA CONSULT ME ANYWAYS?

But I mean it. Give it over boys. You carried the banner thus far and this can be your reason why. It's a noble and worthy thing to have run the flame home to the kids and with your dying breath say "we did it all for you, now take this flame and light a fire".

Disclosure: I was registered Libertarian I think twice: before I registered Green and after. Either that or I was registered Libertarian and did drugs and either thought I registered Green and voted for Ralph Nader and switched back or I did in fact register Green, do drugs and just think I switched back before registering Republican to vote the RPR ticket. At any point, my GOP registration card is burning a hole in my pocket and I got that old urge to switch again. I just don't know where to because I too am a politically homeless activist.