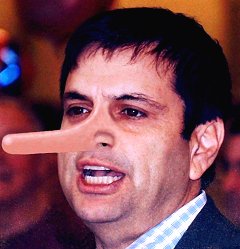 Goldwater Institute News Release
February 10, 2010
PHOENIX--At a Superior Court hearing, Maricopa County Judge Kenneth Mangum decided the City of Phoenix must turn over public records related to a deal it is making with the Wyndham Hotel by February 19, 2010. The City was ordered to turn over some documents to the Goldwater Institute and other documents to Judge Mangum for his review.
In December 2009, news reports stated that the City was offering a sizeable tax break to the Wyndham Hotel through a sales-lease back arrangement. Concerned that unconstitutional tax breaks could be given to the hotel, the Goldwater Institute requested public records to see the development agreement and other related public documents on January 5, 2010. The City refused, saying no documents would be made public until a development agreement has been signed.
"The City of Phoenix admitted in court that it has documents that it can turn over to the public now, and that it is willing to do that," said Carrie Ann Sitren, an attorney with the Goldwater Institute's Scharf-Norton Center for Constitutional Litigation. "It is disappointing that it took a lawsuit and the Court's valuable time to have them comply."
The City said it was concerned some of the documents could affect its negotiations with the Wyndham Hotel. Because of this, Judge Mangum decided the City must turn those specific documents over to him for a private inspection. Judge Mangum will then decide if those particular documents should be released to the public.
Read more about this and other Goldwater activities to protect individual rights and keep government within its constitutional limits at www.goldwaterinstitute.org/litigation. The Goldwater Institute is an independent government watchdog supported by people who are committed to expanding free enterprise and liberty.