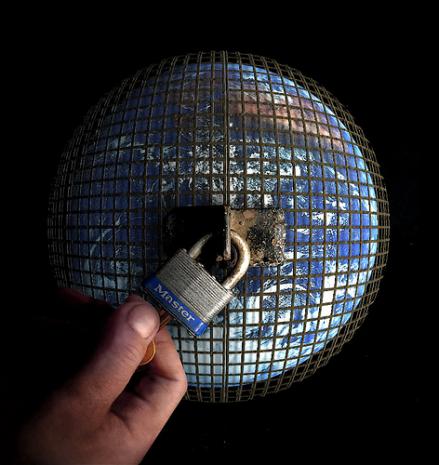 In an urgent message on the systematic betrayal of the tea party, Alex Jones warns against the turncoats and deceivers flocking from the weakened GOP and FOX News to harness the populist uprising that briefly found life outside of the traditional two-party system.


Sarah Palin made more than headlines this past week-- attempting a takeover of the tea party movement, backing GOP hack Rick Perry over a real & viable candidate, pitching for war on Iran and assessing Obama for 2012.

Her presence at the head of the 'Tea Party Nation' signaled a realignment of the once pro-Constitution tea party with the empty ideals of the Republican party, urging upset Americans to let go of their anger towards the two-party system and support a GOP platform once again.

Further, in traveling to Texas to stump for incumbent Governor Rick Perry after speaking under the Tea Party Nation banner, Palin is slighting the one real tea party candidate running in Texas-- a rising Debra Medina who is insistent on shaking up the status quo and triumphing over party stooges Perry & Hutchinson.

What's more, phony Palin fundamentally betrayed the sentiments of millions of Americans-- whether at the tea parties or not-- who have articulated their desire to scale down the Federal government and bring back troops from an unsustainable global U.S. empire. In a stunning statement on FOX News, Palin suggested that 'if' Obama playing 'the War Card' by starting a war with Iran, only then would he have a viable chance at reelection in 2012. With the obvious implication that she too is eyed for 2012, Palin reinforced unconditional support for Israel's agenda and urged Obama to the same end.

Palin proves to be yet another front for NeoCon aggression in the middle east. Her senseless and deranged drumbeat for an Iranian War follows a recent column from Daniel Pipes lauding the appeal held by such a war.

Like Glenn Beck, Sarah Palin too is a wolf in sheep's clothing-- not a Libertarian, Constitutionalists, freedom-lover or populist. Instead, both are duplicitous and deceiving whores of the global establishment, practiced to fool well-meaning followers into betraying their own interests.

At the very best, Palin's confused-coloration in mixing turncoats like Glenn Beck, Mike Huckabee and Rick Perry with 'grassroots' constitutionalists who make up the tea party demonstrates her flippant viewpoint and her naïveté. At the worst, it gives insight into a dismal political field cynically weeded of any independent and level-minded candidates in favor of a selection of potential successors which alone guarantee that the next president will be worse than the one before. Who but Obama could follow the abuses of George W. Bush? Who could be worse than Sarah Palin after that? Are we destined to lose all we have as we are trapped between the Devil and the deep-blue sea headed towards WWIII?

Hopefully not. But as Alex notes, we don't have time to be fooled yet again by a political sideshow, a bait & switch, to volley between fundamentally-rotten Democrats and fundamentally-rotten Republicans. Americans must rise above that tightly-controlled paradigm, take a deep breath, and root out the evil and corruption deep within the system before all is lost.

I hope Alex Jones is right in saying Americans are becoming constitutionalist populists. The TEA Party members I've had contact with are mostly disgruntled right-wing republicans. And a lot of them are followers. They look for the voice that sounds persuasive (Glenn Beck actually sounds good to them) and then they eat the candy. I tired to interest them in civil liberty issues but didn't get any response. Well, not any good response, anyway. I know I live in a weird part of the country. Someone please tell me it's not like this everywhere.