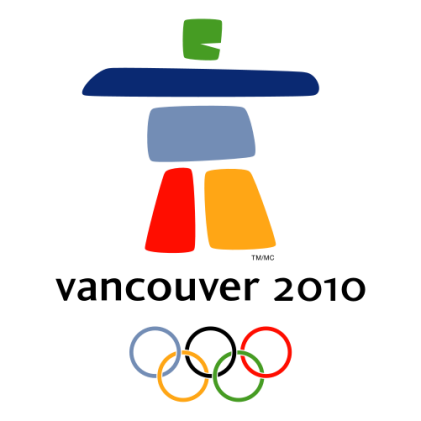 When Vancouver plays host to the Olympic Games six-and-a-half years from now, it will mark a peculiar milestone -- as the least wintery city ever to host the Winter Games. (Publisher: If the USA wasn't under a blanket of snow, all we'd hear is Global Warming - Vancouver has only 19 inches of Snow a year on average. Hell, Northern Arizona should put in a bid)

With the start of the 2010 Winter Olympics just days away, one of the biggest causes of concern remains the lack of snow on Cypress Mountain. And the weather forecast in the city for the next few days is so incredibly mild that, as Mark Hamilton noted on Twitter, the 2010 Games could "be the first winter Olympics you can attend in shorts and tees".

All of which reminded me of an article I wrote for The Vancouver Sun way back in 2003, on the day we were awarded the Games, noting that Vancouver would be the warmest city to ever host a Winter Olympics.

The article seems awfully prophetic now. Well, except for the part where I wrote "Vancouver's lack of snow will have no practical impact on the Games."

The story doesn't seem to be online anymore. So, for the curious, I thought I'd dig it out of the archive and post it here:

When Vancouver plays host to the Olympic Games six-and-a-half years from now, it will mark a peculiar milestone -- as the least wintery city ever to host the Winter Games.

Statistics compiled by The Vancouver Sun indicate that no city with a climate as mild as Vancouver's has ever hosted the Winter Games.

Past Olympics have been held in picturesque, snowy towns full of residents bundled up in ski gear.

But world sports fans who turn on their TVs in 2010 will probably see the kind of winter Vancouverites know all too well: a cloudy, rainy city full of people carrying umbrellas.

In the month of February, when the Games will be held, Vancouver has an average temperature of 4.8 degrees Celsius. (Temperatures are obviously much lower on the mountains of Cypress and Whistler, where outdoor events will be held.)

"The typical view of a Winter Games is snow," said Alex Carre, a professor of human kinetics at the University of B.C. and a member of the Canadian Olympic Committee. "It will be highly unusual [for athletes and spectators] to come to an environment where that isn't the case... People will come here and say, 'Gosh, where is the snow?'"

Most Winter Games cities are buried in snow every winter.

But Vancouver has an average snowfall of just 48 centimetres and -- as most Vancouverites know -- it is rare for even that small amount to stay on the ground for more than a couple of days.

Vancouver's lack of snow will have no practical impact on the Games.

All the ski and snowboard events will be held at Whistler and Cypress Bowl (although international ski events at Whistler have been cancelled in the past due to mild weather). Those sports taking place in Vancouver itself are all indoor events, like ice skating and curling.

But Vancouver will be centre stage during the opening and closing ceremonies, and broadcasters are likely to use images of the city's skyline as a backdrop between events.

And that skyline will probably not look very wintery.

The city's peculiar weather could also come as a surprise to many of the athletes, media and spectators arriving here -- most of whom likely won't be warned about what kind of weather to expect.

"I've seen a couple of the promo films that [the Vancouver bid committee] have, and I didn't see any rain in Vancouver," said Carre. "I saw beautiful sunshine and snow on the hills. That is what [people] will expect. They won't be coming with rain jackets, because they won't have been informed to that extent."

Vancouver is not the first Olympic city to face weather challenges.

During the 1988 Games, Calgary -- which has an average February temperature of minus 7.9 degrees -- experienced a snap warming phenomenon known as a chinook that, at one point, pushed temperatures up to 18 degrees.

The difference is that the warm weather in Calgary was an anomaly. Rainy, miserable weather in Vancouver is the norm.

"We're unique in that we know that it's likely going to rain in Vancouver," said Carre. "The chances are more likely it's going to rain than not. So what has to happen is the city has to be prepared to present itself in that kind of environment."

Indeed, the biggest challenge the rainy weather could pose for Vancouver is how to promote the city as a tourist destination during what is one of the most miserable months of the year.

While there are likely to be at least a couple of nice, sunny days during the two-week event, there could also be plenty of days of driving rain and cloudy skies.

"It's probably not the best time of year to showcase Vancouver in terms of the weather," Carre said. "But you can certainly showcase the city in terms of the ocean, the mountains and the easy proximity to the snow."

Walt Judas, a spokesman with Tourism Vancouver, said that while rainy weather is a constant complaint of Vancouver residents, most winter tourists don't complain.

"Many folks from the U.S. expect us to be cold and blustery and snowed in. And they're pleasantly surprised by the mild weather," Judas said. "And this February, as an example, was a fabulous month. It was pretty beautiful."

Judas adds that Vancouver has never been a weather-specific destination.

"If you want beautiful weather you go to Hawaii. If you want snow you got to Whistler."

And Vancouver's mild climate might even be a nice break for Olympic spectators.

"I think that is probably one of the attractive features of the Vancouver-Whistler bid," Carre said. "That if you want to go for the snow you can drive [to Whistler] and be there in a short time period. And if you wish not to, you can stay in Vancouver with a mild temperature ... I think there's something to be said for having something different. We are unique."

And yes, I know this post is way off-topic from my usual parenting fare. I must confess you might see more off-topic posts in the next couple of weeks as this city -- and me -- become increasingly gripped with Olympic fever. Speaking of Olympic fever, be sure to check out my list of the Top 10 kid-friendly spots in Vancouver during the Winter Games.

2 Comments in Response to No snow? No surprise. Vancouver is warmest city to ever host Winter Olympics

Completely agree, Trouser, but would like to take it a step further. Although I haven't been there to see for myself, would bet an operation to chemtrail (spraying of moisture-absorbing chemicals, i.e., "Dyn-O-Gel" a substance which has been coined by media as "diaper gel") the area was taking place prior to the Olympics to make sure message of global warming could be made to millions. When a storm is stifled in one area, the balance is disrupted and the energy will move to another. Washington, D.C. experienced 77" of snow -- what news sources stated was an historical and record breaking storm! Very nice to see gov't shut down, but interestingly enough, those same news sources never mentioned global warming as their audience would have definitely chuckled . . that is, for the exception of "GW diehards!"

I'll wager that the elite chose Vancouver to coincide with the peak of the global warming scam.  It would have been used as proof positive of global warming on all us unsuspecting sheople.  Luckily that charade collapsed under its own weight.