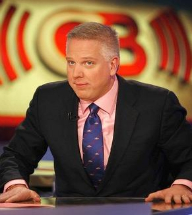 The Taliban may be disputing that their number-two, Mullah Abdul Ghani Baradar, was captured by US and Pakistani intelligence earlier this month, but that hasn't stopped Glenn Beck from passing judgment on how the US should handle the situation.

"Shoot him in the head," the radio and TV personality declared on Fox & Friends Tuesday.

"You would shoot him before they even try to get information?" co-host Gretchen Carlson asked.

3 Comments in Response to Beck’s plan for captured Taliban leader: ‘Shoot him in the head’

Yeah he's a kick. Did you catch the one where he's up there with a pie-chart showing government spending and MISSING is MILITARY AND DEFENSE SPENDING. You know that part that usually takes us MOST of the chart?

And in the very next frame, there he is with military spending figures. The ones that weren't in the pie chart. And you think he might just redeem himself but no, frame after that, there he is back at the original pie chart telling you it represents ALL government spending.

Beck is a real piece of work; he parades around waving the flag in one hand and the Constitution in the other, but tosses both when the first punch is thrown, and, from under his hiding place, spouts off about what 'he would do' to those terrorists if only 'he had them'.

'We believe in diversity of opinion - unlike big tech':

WOW! They're Going After EVERYONE!

"The Storming of the Capitol": America's Reichstag Fire?

Steyn: some riots are OK -- there's been a complete collapse of equality before the law

The fall of Fox?: how rising rightwing media outlets could topple the conservative giant

The Wokest News Stories Of 2020: Taibbi