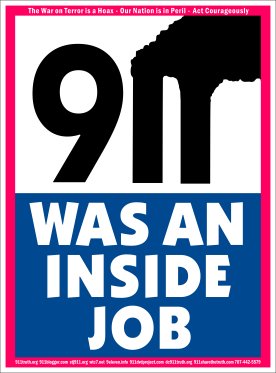 A lingering technical question about the Sept. 11 terrorist attacks still haunts some, and it has political implications: How did 200,000 tons of steel disintegrate and drop in 11 seconds? A thousand architects and engineers want to know, and are calling on Congress to order a new investigation into the destruction of the Twin Towers and Building 7 at the World Trade Center.
"In order to bring down this kind of mass in such a short period of time, the material must have been artificially, exploded outwards," says Richard Gage, a San Francisco architect and founder of the nonprofit Architects & Engineers for 9/11 Truth.
Mr. Gage, who is a member of the American Institute of Architects, managed to persuade more than 1,000 of his peers to sign a new petition requesting a formal inquiry.
"The official Federal Emergency Management [Agency] and National Institute of Standards and Technology reports provide insufficient, contradictory and fraudulent accounts of the circumstances of the towers' destruction. We are therefore calling for a grand jury investigation of NIST officials," Mr. Gage adds.
The technical issues surrounding the collapse of the towers has prompted years of debate, rebuttal and ridicule.
He is particularly disturbed by Building 7, a 47-story skyscraper, which was not hit by an aircraft, yet came down in "pure free-fall acceleration." He also says that more than 100 first-responders reported explosions and flashes as the towers were falling and cited evidence of "multi-ton steel sections ejected laterally 600 ft. at 60 mph" and the "mid-air pulverization of 90,000 tons of concrete & metal decking."

1 Comments in Response to EXPLOSIVE NEWS 1000 architects and engineers question 911!

One month before the event the building got all new funiture .. plastic.