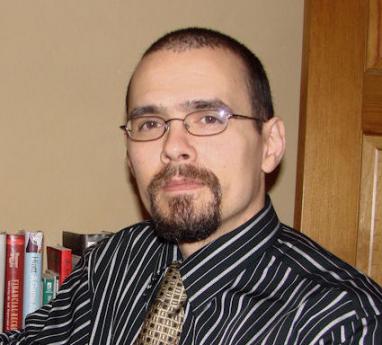 Let me get this straight: The Judicial Watch slogan is "Because nobody is above the law." On the Judicial Watch "about us" page, you'll find that the organization "advocates high standards of ethics and morality in our nation's public life and seeks to ensure that political and judicial officials do not abuse the powers entrusted to them by the American people." ...And yet in a recent article its president is defending the illegal use of torture (euphemistically referred to as "enhanced interrogation techniques.") Am I the only person who thinks this is an absurd contradiction? Quote: "These documents indicate that members of Congress approved of and were well aware of the use of these enhanced interrogation techniques and their lifesaving value. It is disturbing that we no longer use interrogation techniques that have demonstrably stopped terrorist attacks and saved American lives."

3 Comments in Response to Judicial Watch "Shills" for Torture

This is similar to the article "Torture is official Israel policy" that I commented on Feb. 24 [see headline page Torture ]. Quote:

"Torture" is not what we generally thought it is.

"It is in Israel where we can end our debate on "torture" as a violation of international law. We can read a mountain-pile of archaic books on international covenants on how to deal with "torture" as a violation of human rights and we would be knowledgeable but not wise enough to know that it won’t save a single innocent life killed by terrorists that are mentally programmed to deny they did it.

"In the life of every Israelite in Israel, terror is food for thought that Jews eats and sleeps with everyday: Sniper shots for breakfast, kidnapping for lunch, bombing for dinner, and negotiations as after meal sweet dish or dessert.

"To prevent one more Jew from being shot dead or a busload of school children being kidnapped and held hostage or another terrorist bomb from exploding in public places killing and maiming innocent civilians, "torture" was a weapon used against captured terrorists who did it but won’t talk, for the survival of that beleaguered nation. And when "torture" forced captured terrorists to cough out or talk about what they did or what they knew, more murderous plots were uncovered and more killings aborted. That being the case, Israelites that would have been killed, have at least one more day to live … before Iran nukes Jerusalem as terror rat Mahmoud Ahmadinejad vowed he would do to wipe Israel off the map!

"That’s no different from what’s happening here in the United States. We have a nation against "torture", but we know for a fact that you and I are still alive today because of "torture" allowed by law that we as a terrorist-threatened country has this commonsense to pass in Congress for our survival. We owe it to the "confession" extracted from hardened captured terrorists through "waterboarding". This is on record.

" `Torture' as `absolutely prohibited' by any law – international or national – should not be taken out of context. There is no such thing as "absolute prohibition" when danger to life is imminent or the security of the state is at stake. The court of law will pierce the veil of that legal entity. Human lives and the survival of a sovereign nation as in the case of Israel and the United States, have always taken precedence over any individual’s civil right, more so if that individual has his finger on the button of a dirty bomb that would blow us up to kingdom come!

"Read again this article and discover two important revelations: (a) the difficulty of balancing the pros and cons of "torture", which makes the article so long and convoluted; [b] anti-Semitic slant either triggered by poor knowledge, most likely lack of wisdom, or by just plain prejudice against Israel and its anti-terrorist policies long been established for survival.

"If terrorist supremo Yasser Arafat is still alive today, he will use this article to condemn Israel, after he orders his assassin to infiltrate the Israeli borders and kill more innocent civilians.

"To my rudderless libertarian colleagues whose radars on human rights are plugged on electrical emotion, liberal extremists and the radical left whose itchy fingers are at the trigger ready to fire a revolutionary shot of protest, similar articles are the reasons why they think we have the Statue of Liberty or why we celebrate the 4th of July." End of quote.

Again in this article on Judicial Watch, President Tom Fitton is right. He regrets EIT ["enhanced interrogation technique" that had demonstrably stopped terrorist attacks and saved American lives] is no longer used.

Again in this article on Judicial Watch President Tom Fitton is right. He regrets EIT ["enhanced interrogation technique" that had demonstrably stopped terrorist attacks and saved American lives] is no longer used.

Look, in my opinion, this grind against torture is misplaced. Many misconceived articles on "torture" like this kind while erudite with a flare of violation of civil rights that appeals to common sense, are all about political torture -- not about military torture used on CAPTURED TERRORISTS. There is a mountain of difference!

We are talking about torture used as a proven effective weapon against captured terrorists [not just on anybody] who had killed or captured while about to commit a mass murder … torture as a weapon of war against this on-going war on terror, dude -- not as a political weapon of the civil rights movement – which on record explains why you and I are still alive today. This is not torture just used on anyone anytime by an imagined sadistic power, not to save lives but to established a despotic regime like that of Hitler or Stalin. It is just being carried too far off the mark or brazenly taken out of context, and the hard argument presented here generally against "torture" is just a misleading exercise that goes to waste. It is not what we generally think it is.

Joe Plummer, don’t worry. You are among the millions of the silent majority who knows better!

I just don’t understand how they don’t realize the absurdity of the position. It’s like if “Freedom’s” Phoenix began posting articles that supported the Alien and Sedition Acts, the Espionage Act, The Patriot Act, National ID, preventive detention, forced inoculations, etc.  …By the way, I tried to point out the contradiction on their “discussion” page, but (no surprise) the post wasn’t approved.  Maybe they need to hear from a few more people.

Sadly it is ... any members of Judicial Watch have anything to say?  Perhaps a little enhanced interrogation will loosen your lips.