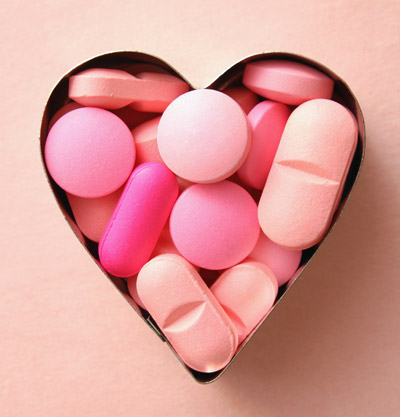 The little blue pill made by U.S. drugs giant Pfizer revolutionised many men's otherwise lacklustre sex lives, and the chance that a similar pill could do the same for female libido has dollar signs flashing in drug developers' eyes.
Yet the strength of desire expressed by the current leader in this race, Germany's Boehringer Ingelheim and its experimental drug flibanserin, is exciting passions of a different kind among some women's health experts.
A Boehringer-funded survey released last week sought to show the emotional impact and distress caused by low sexual desire.
But it angered critics, who say it is evidence of the firm's bid to market low female libido as a disorder, which threaten to pigeonhole the problem and make women feel deficient.
"The idea that a lack of interest in sex should be immediately approached with a pill means the multiple contributory factors to sexual problems may well be missed -- resulting in any medication being largely ineffective," said Lisa Martinez, founder of the Women's Sexual Health Foundation, an international advocacy group based in the United States.
"A medication may be the right treatment, but it may not, depending on what is truly the cause of the low desire. If a woman is exhausted and stressed and needs help taking care of the children, a pill is not the answer. The answer is to minimise the exhaustion and to get help with the children."
Boehringer says it happened upon the libido effects of flibanserin, a serotonin modulator, while investigating the chemical as an anti-depressant.