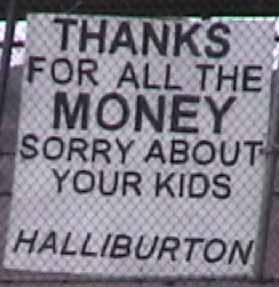 KBR was notified of the award Friday, a day after the company told shareholders it lost about $25 million in award fees because of flawed electrical work in Iraq.

The Houston-based company was charged with maintaining the barracks where Staff Sgt. Ryan Maseth of Pittsburgh, a 24-year-old Green Beret, was electrocuted in 2008 while showering. The company has denied wrongdoing, and investigators said in August there was "insufficient evidence to prove or disprove" that anyone was criminally culpable in Maseth's death.

The uproar over his death triggered a review of 17 other electrocution deaths in Iraq and widespread inspections and repairs of electrical work in Iraq, much of it performed by KBR.

Dan Carlson, a spokesman for the Army Sustainment Command in Rock Island, Ill., said the new contract is for one year, with an option for four more. KBR will handle logistics support, transportation mission, and postal operations.

"We Print It Digitally": Futures, Gold Soar After Powell Vows "Lot More We Can Do