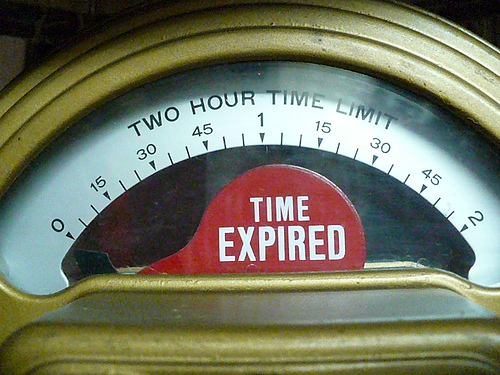 COLUMBIA, S.C. (AP) — In South Carolina, any group that plans to overthrow the federal government — or any other government in the U.S. — must register its activities.

Now some state legislators are looking to repeal it.

State Sen. Larry Martin said Monday the 1951 McCarthy-era statute that’s meant to deter communists is one more thing making South Carolina look bad, since bloggers and talk radio picked up on it last month. A misconception spread that the statute, on the books for nearly six decades, had only recently become law.

[…] His bill to repeal it comes up for debate this week in a Senate panel.

The “subversive activities registration act” requires any group that advocates overthrowing local, state or federal governments to pay $5 and register the group’s name, its leader’s address, beliefs, all members living in South Carolina and check yes or no to the following: “Do you or your organization directly or indirectly advocate, advise, teach or practice the duty or necessity of controlling, seizing or overthrowing the government?”

[…] Until February, no one had registered, said Secretary of State Mark Hammond.

Now, about 10 have filed, apparently in jest, as political commentary. Two actually paid the fee, according to his office.

I’m glad to be one of the 10, but if they think that my letter was meant in jest, then they have certainly misunderstood my intent. I certainly do intend to overthrow the government of South Carolina by means that are against the so-called laws passed by that government. For real. And I really don’t mind if they know it; hence the letter. (If it had any ulterior intent, it was not primarily to make a joke; it was to encourage other people to speak and act like that there’s nothing really wrong with saying that you want to overthrow tyrannical governments. Because there’s not. Tyrannical governments ought to be overthrown.)

In any case: I expect it’s likely that they are going to try to move quickly to save face, and go back to simply presuming popular acquiescence to their rule. If you want to be honored with official recognition as an enemy of the arbitrary governments over the state of South Carolina, the United States of America, and all the local political regiments that they have inflicted without consent on the people of South Carolina, you’d best get those letters sent in quickly, before the opportunity passes.

While we’re on the subject:

Our organization is in fact so dastardly that we have refused to remit the fee, writes someone claiming to represent the Las Vegas-based Alliance of the Libertarian Left.

Speaking as the someone in question, I’d like to say for the record that the Alliance of the Libertarian Left is not based in Las Vegas. I’m based in Las Vegas, but A.L.L. is all over the place, and has no Politburo and no national or international office to be based anywhere.