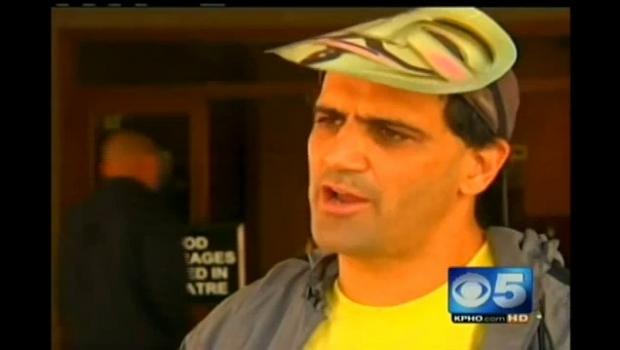 Morpheus Blasts Phoenix City Council. The food tax is a Regressive tax hurting the poor the most.
PHOENIX-  The Phoenix City council meeting on March 2 2010, where Off the grid Guy Aka Morpheus blasts the city council for running a SCAM on the people of the city.  First they run the city close to bankruptcy by dramatically overpaying  city employees at a rate of over $100,000 in wages and benefits according to councilman Sal Diciccio.

From there they have an Emergency Food Tax meeting where they add the increased burden of a tax on food to the citizens of phoenix.

Scheduling town hall meetings across the city where they tell the people they are going to discontinue city services like libraries, parks and senior centers in an effort to make the budget balance.    Knowing full well that the exorbitant wages and benefits packages which the Police and Fire receive is a full 72% of the total budget.  This is typical government inaction attacking those things which are least likely solve the problem they created in the first place.

Then after hearing the public outcry from all the people who have axes to grind because they receive some city service and the rest of the 1.6 million of the brain dead population in Phoenix not bothering to attend their own fleecing.  I do have to hand it to the Police and Fire Unions who took a whopping 3.2% reduction in pay and the city finding some other items to cut the City was able to save all the jobs for the Police and Fire.  YEAH

Now the SLAVES of Phoenix are saddled with the most regressive tax known a Food Tax which hurts the poorest the most.

A regressive tax is a tax imposed in such a manner that the tax rate decreases as the amount subject to taxation increases. In simpler terms, a regressive tax imposes a greater burden (relative to resources) on the poor than on the rich — there is an inverse relationship between the tax rate and the taxpayer\'s ability to pay as measured by assets, consumption, or income. "Regressive" describes a distribution effect on income or expenditure, referring to the way the rate progresses from high to low, where the average tax rate exceeds the marginal tax rate. It can be applied to individual taxes or to a tax system as a whole; a year, multi-year, or lifetime.
Regressive taxes attempt to reduce the tax incidence of people with higher ability-to-pay, as they shift the incidence disproportionately to those with lower ability-to-pay. The opposite of a regressive tax is a progressive tax, where the tax rate increases as the amount subject to taxation increases. In between is a flat or proportional tax, where the tax rate is fixed as the amount subject to taxation increases.

Ballad of the crypto 6

Is it Time for an Actual Insurrection – Epi-3155

The Lynching of an American Hero