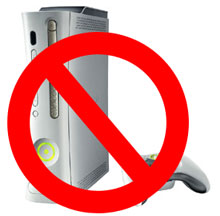 AOL News
WASHINGTON (March 10) -- Even when we're not playing, millions of us are using more electricity on our Xboxes, PlayStations and other gaming gizmos than on appliances like refrigerators and washing machines.

And Congress and the Obama administration may be ready to do something about it.

A Senate committee gave a sympathetic hearing today to legislation ordering a Department of Energy study of "minimum energy efficiency standards" for video game consoles. If the agency decides standards aren't needed now, it would have to revisit the study in three years.

John Shearer, Getty Images
A Senate committee held a hearing Wednesday about setting energy efficient standards for gaming consoles. Here, a gamer plays the Xbox 360 at Comic-Con 2009 in San Diego, Calif.
Game consoles left on continuously can consume up to $160 worth of electricity each year, twice as much as modern refrigerators, Sen. Robert Menendez, D-N.J., told colleagues on the Senate Energy and Natural Resources Committee. The Natural Resources Defense Council estimates that collectively the consoles consume 16 billion kilowatt hours of power each year.

Menendez's Green Gaming Act could save more than half of that electricity if it leads to mandates for more efficient game components and consoles that automatically shut down after 30 minutes or an hour of non-use, said Steven Nadel, director of the American Council for an Energy-Efficient Economy.

The council is among several energy and environmental activist groups that have partnered with appliance manufacturers and the Energy Department to support energy standards for a variety of other appliances. The standards will save American consumers $300 billion in energy costs by 2030, Nadel said.

Though the standards have enjoyed bipartisan support on Capitol Hill and from Democratic and Republican administrations, Alaska Sen. Lisa Murkowski, the Energy Committee's ranking Republican, wondered whether Congress should carry them all the way to video games.

As the mother of teenage boys, "my world is ever changing when it comes to things -- gadgets, things that use energy," she said. "At one point is it appropriate to say we in Congress should not be in the business of setting product standards?"

But Nadel and Joseph M. McGuire, president of the National Association of Home Appliance Manufacturers, said Congress has proven more efficient than the Energy Department when it comes to setting energy standards. The administrative process the agency must follow to write standards typically takes longer and is more cumbersome than legislation, they agreed.

Could We Harness The Tremendous Power Of Deep-Ocean Volcanoes?