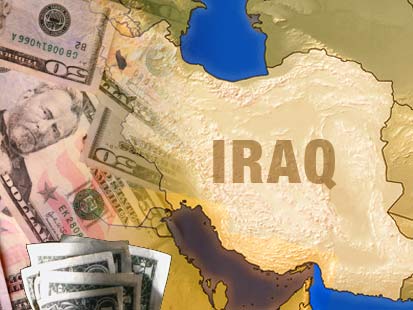 Investigators looking into corruption involving reconstruction in Iraq say they have opened more than 50 new cases in six months by scrutinizing large cash transactions — involving banks, land deals, loan payments, casinos and even plastic surgery — made by some of the Americans involved in the nearly $150 billion program.

Some of the cases involve people who are suspected of having mailed tens of thousands of dollars to themselves from Iraq, or of having stuffed the money into duffel bags and suitcases when leaving the country, the federal investigators said. In other cases, millions of dollars were moved through wire transfers. Suspects then used cash to buy BMWs, Humvees and expensive jewelry, or to pay off enormous casino debts.

Some suspects also tried to conceal foreign bank accounts in Ghana, Switzerland, the Netherlands and Britain, the investigators said, while in other cases, cash was simply found stacked in home safes.

There have already been dozens of indictments and convictions for corruption since the 2003 invasion of Iraq. But the new cases seem to confirm what investigators have long speculated: that the chaos, weak oversight and wide use of cash payments in the reconstruction program in Iraq allowed many more Americans who took bribes or stole money to get off scot-free.

GOVERNMENTS: There's No Problem So Bad It Can't Be Made Worse

20 Years Of War In Afghanistan Has Cost US Taxpayers Over $2.2 Trillion

Critics Warned the Largest Tax Increase in San Francisco History Would Be Ill-Spent.