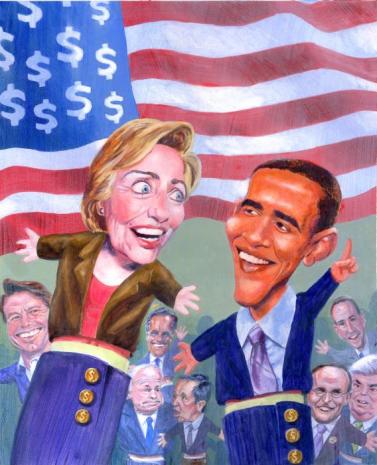 1 Comments in Response to Holder: Osama bin Laden will never face US trial

Obama administration is America’s wrong administration to fight this country’s war on terror. As Commander-In-Chief, Obama and his stooge Holder are blood Muslim brothers who apply Islam’s book of Quoran in treating Islamic terrorists in the name of the U.S. Constitution.

It doesn’t surprise me if Muslim Holder mouthing his Islam brother Obama who as Muslim Barry Soetero in Indonesia was a rabid follower of Islam, treats Muslim brother Osama bin Laden like Manson, a criminal who has equal constitutional rights with American citizens they kill – not as Islamic terrorists, the sworn enemies of the United States in its worldwide war on terror.

Holder believes that like 911 terror mastermind Khalid, Muslim brother Osama bin Laden may demand his Miranda right and the right for a civilian court trial, but he would be dead before this happens. Was Holder right when this Muslim stooge in the Obama administration said Osama bin Laden can never be captured alive?

Wrong. Osama bin Laden will have all the reasons in the world to surrender to Ron Paul when the latter becomes president of the United States. Al Qaeda will campaign for Paul by terrorizing American voters to vote for him as the next president of the United States. The Congressman from Texas will be running for president using his long and repeatedly publicized platform that 911 and Islamic terrorism in this country were caused by the American people themselves, not by Al Qaeda.

In the Media, Paul’s fanatical supporter is MSNBC’s Keith Olberman who relentlessly campaigns even during the Bush administration, that there is no such thing as Islamic terrorists in this country except Bush.