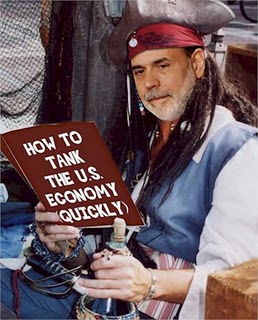 The Federal Reserve Board must disclose documents identifying financial firms that might have collapsed without the largest U.S. government bailout ever, a federal appeals court said.

The U.S. Court of Appeals in Manhattan ruled today that the Fed must release records of the unprecedented $2 trillion U.S. loan program launched primarily after the 2008 collapse of Lehman Brothers Holdings Inc. The ruling upholds a decision of a lower-court judge, who in August ordered that the information be released.

The Fed had argued that disclosure of the documents threatens to stigmatize borrowers and cause them “severe and irreparable competitive injury,” discouraging banks in distress from seeking help. A three-judge panel of the appeals court rejected that argument in a unanimous decision.

The U.S. Freedom of Information Act, or FOIA, “sets forth no basis for the exemption the Board asks us to read into it,” U.S. Circuit Chief Judge Dennis Jacobs wrote in the opinion. “If the Board believes such an exemption would better serve the national interest, it should ask Congress to amend the statute.”

The opinion may not be the final word in the bid for the documents, which was launched by Bloomberg LP, the parent of Bloomberg News, with a November 2008 lawsuit. The Fed may seek a rehearing or appeal to the full appeals court and eventually petition the U.S. Supreme Court.

If today’s ruling is upheld or not appealed by the Fed, it will have to disclose the requested records. That may lead to “catastrophic” results, including demands for the instant disclosure of banks seeking help from the Fed, resulting in a “death sentence” for such financial institutions, said Chris Kotowski, a bank analyst at Oppenheimer & Co. in New York.

“Whenever the Fed extends funds to a bank, it should be disclosed in private to the Congressional oversight committees, but to release it to the public I think would be a horrific mistake,” Kotowski said in an interview. “It would stigmatize the banks, it would lead to all kinds of second-guessing of the Fed, and I don’t see what public purpose is served by it.”

Senator Bernie Sanders, an Independent from Vermont, said the decision was a “major victory” for U.S. taxpayers.

The Fed is reviewing the decision and considering its options for reconsideration or appeal, Fed spokesman David Skidmore said.

“We’re obviously pleased with the court’s decision, which is an important affirmation of the public’s right to know what its government is up to,” said Thomas Golden, a partner at New York-based Willkie Farr & Gallagher LLP and Bloomberg’s outside counsel.

The court was asked to decide whether loan records are covered by FOIA. Historically, the type of government documents sought in the case has been protected from public disclosure because they might reveal competitive trade secrets.

The Fed had argued that it could withhold the information under an exemption that allows federal agencies to refuse disclosure of “trade secrets and commercial or financial information obtained from a person and privileged or confidential.”

Paul Saltzman, general counsel for the Clearing House, said the decision did not address the “fundamental issue” of whether disclosure would “competitively harm” borrower banks.

“The Second Circuit declined to follow the decisions of other circuit courts recognizing that disclosure of certain confidential information can impair the effectiveness of government programs, such as lending programs,” Saltzman said in a statement.

The Clearing House is considering whether to ask for a rehearing by the full Second Circuit and, ultimately, review by the U.S. Supreme Court, he said.

Bloomberg, majority-owned by New York Mayor Michael Bloomberg, sued after the Fed refused to name the firms it lent to or disclose loan amounts or assets used as collateral under its lending programs. Most of the loans were made in response to the deepest financial crisis since the Great Depression.

Lawyers for Bloomberg argued in court that the public has the right to know basic information about the “unprecedented and highly controversial use” of public money.

“Bloomberg has been trying for almost two years to break down a brick wall of secrecy in order to vindicate the public’s right to learn basic information,” Golden wrote in court filings.

Banks and the Fed warned that bailed-out lenders may be hurt if the documents are made public, causing a run or a sell- off by investors. Disclosure may hamstring the Fed’s ability to deal with another crisis, they also argued.

Much of the debate at the appeals court argument on Jan. 11 centered on the potential harm to banks if it was revealed that they borrowed from the Fed’s so-called discount window. Matthew Collette, a lawyer for the government, said banks don’t do that unless they have liquidity problems.

FOIA requires federal agencies to make government documents available to the press and public. An exception to the statute protects trade secrets and privileged or confidential financial data. In her Aug. 24 ruling, U.S. District Judge Loretta Preska in New York said the exception didn’t apply because there’s no proof banks would suffer.

In its opinion today, the appeals court said that the exception applies only if the agency can satisfy a three-part test. The information must be a trade secret or commercial or financial in character; must be obtained from a person; and must be privileged or confidential, according to the opinion.

The court said that the information sought by Bloomberg was not “obtained from” the borrowing banks. It rejected an alternative argument the individual Federal Reserve Banks are “persons,” for purposes of the law because they would not suffer the kind of harm required under the “privileged and confidential” requirement of the exemption.

In a related case, U.S. District Judge Alvin Hellerstein in New York previously sided with the Fed and refused to order the agency to release Fed documents that Fox News Network sought. The appeals court today returned that case to Hellerstein and told him to order the Fed to conduct further searches for documents and determine whether the documents should be disclosed.

“We are pleased that this information is finally, and rightfully, going to be made available to the American public,” said Kevin Magee, Executive Vice President of Fox Business Network, in a statement.

The Fed’s balance sheet debt doubled after lending standards were relaxed following Lehman’s failure on Sept. 15, 2008. That year, the Fed began extending credit directly to companies that weren’t banks for the first time since the 1930s. Total central bank lending exceeded $2 trillion for the first time on Nov. 6, 2008, reaching $2.14 trillion on Sept. 23, 2009.

More than a dozen other groups or companies filed friend- of-the-court briefs. Those arguing for disclosure of the records included the American Society of News Editors and individual news organizations.

“It’s gratifying that the court recognizes the considerable interest in knowing what is being done with our tax dollars,” said Lucy Dalglish, executive director of the Reporters Committee for Freedom of the Press in Arlington, Virginia.

“We’ve learned some powerful lessons in the last 18 months that citizens need to pay more attention to what’s going on in the financial world. This decision will make it easier to do that.”

The case is Bloomberg LP v. Board of Governors of the Federal Reserve System, 09-04083, U.S. Court of Appeals for the Second Circuit (New York).

LOL at the pic

Peter Schiff: What Taper? Ultimately The Fed Will Expand QE