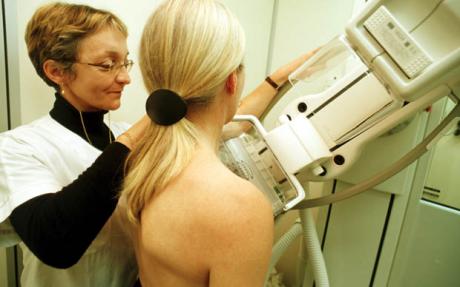 Despite assertions that screening saves 1,400 lives a year, there is no evidence the programme has cut deaths, the article in the Journal of the Royal Society of Medicine said.

Controversy over the benefits of breast cancer screening were first raised last year when experts said women were not being told of the potential harms in leaflets given out to encourage attendance.

Women may be wrongly told they have cancer and so undergo unnecessary treatment and screening may detect tumours that would not progress to be harmful and so could also be removed needlessly. The unnecessary treatments may expose women to chemotherapy, radiotherapy or surgery which itself has harmful effects.

Experts at the Nordic Cochrane Centre has now calculated that 7,000 women in Britain are being wrongly diagnosed with breast cancer as a result of screening.

In 2006 there were 45,400 women and 300 men diagnosed with breast cancer in Britain, according to data held by Cancer Research UK.

Figures from the charity show in the 1970s only five out of 10 patients lived for five years after diagnosis compared with eight out of ten now.

Two authors from the Nordic Cochrane Centre, an independent research centre, evaulated the NHS screening programme's annual report and said many of its assertions are not backed by the evidence.

Mortality rates for breast cancer began dropping before the screening programme was introduced in 1988 and have dropped just as much in women too young to be called for screening showing that the reduction in deaths is probably due to better treatment and not screening, it said.

Lead author Karsten Juhl Jørgensen said one in five women who have been screened for ten years will have been recalled for some suspect finding on their mammography raising concern they have cancer only to be given the all clear.

Some of those women will have had further testing such as a biopsy taken by inserting a needle into the 'tumour' and three per cent will have had surgery.

The article went on to say that women who attend for screening are often more health conscious so their prognosis will be better and screening tends to find cancers that are slow growing and both factors contribute to the idea that women whose cancers are detected via screening have better survival rates.

It said:"Most of the pronounced decline in breast cancer mortality is likely caused by improved treatment, which can explain why it has been similarly large among the young women who have not been invited to screening. Other factors, such as increased ‘breast awareness’, may also have contributed."

"Numerous independent studies have shown breast cancer screening reduces mortality. A report from the World Health Organisation’s International Agency for Research on Cancer (IARC) concluded that there is a 35 per cent reduction in mortality from breast cancer among regularly screened women aged 50 - 69 years old.

A spokesman for the Department of Health said: "Cancer remains a high priority for this Government. The Cancer Reform Strategy, published in December 2007 sets out a clear direction for cancer services over the next five years and shows how we will deliver cancer outcomes that are amongst the best in the world.

"We know that, generally, the earlier a cancer is diagnosed the greater the chance it will be treated successfully. During 2007/08, the NHS Breast Screening Programme screened over 1.7 million women and 14,110 cancers were detected.”