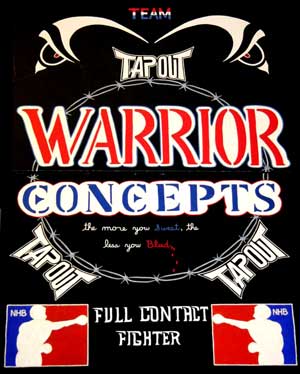 I saw a fight poster for a mixed martial arts event being put on by local fighter/promoter and owner of Warrior Concepts. The event was called don't tread on me.
It got me thinking of how government once tried to stop law abiding people, like Mr. Ward, from owning and operating his business. They also tried to stop Mr. Ward and others from freely contracting with other supposed free human beings.
To some not familiar with the history of Mixed Martial Arts in America, it may seem like the sport just exploded over night.That was not the case. The UFC and other MMA events were once outlawed and/or harassed in America.
Senator McCain was one of its enemies. The Senator (and others like him) tried to stop the sport. However, those familiar with freedom and free markets know that would not happen. The sport went underground. All government did was hurt safety, profits, entertainment and also hampered the peak money making years of hundreds of athletes. Once government got out of the wa...

'No Culture, No Future':

Some of his followers are being sought by the FBI. It's not stopping the leader of the Oath Keep